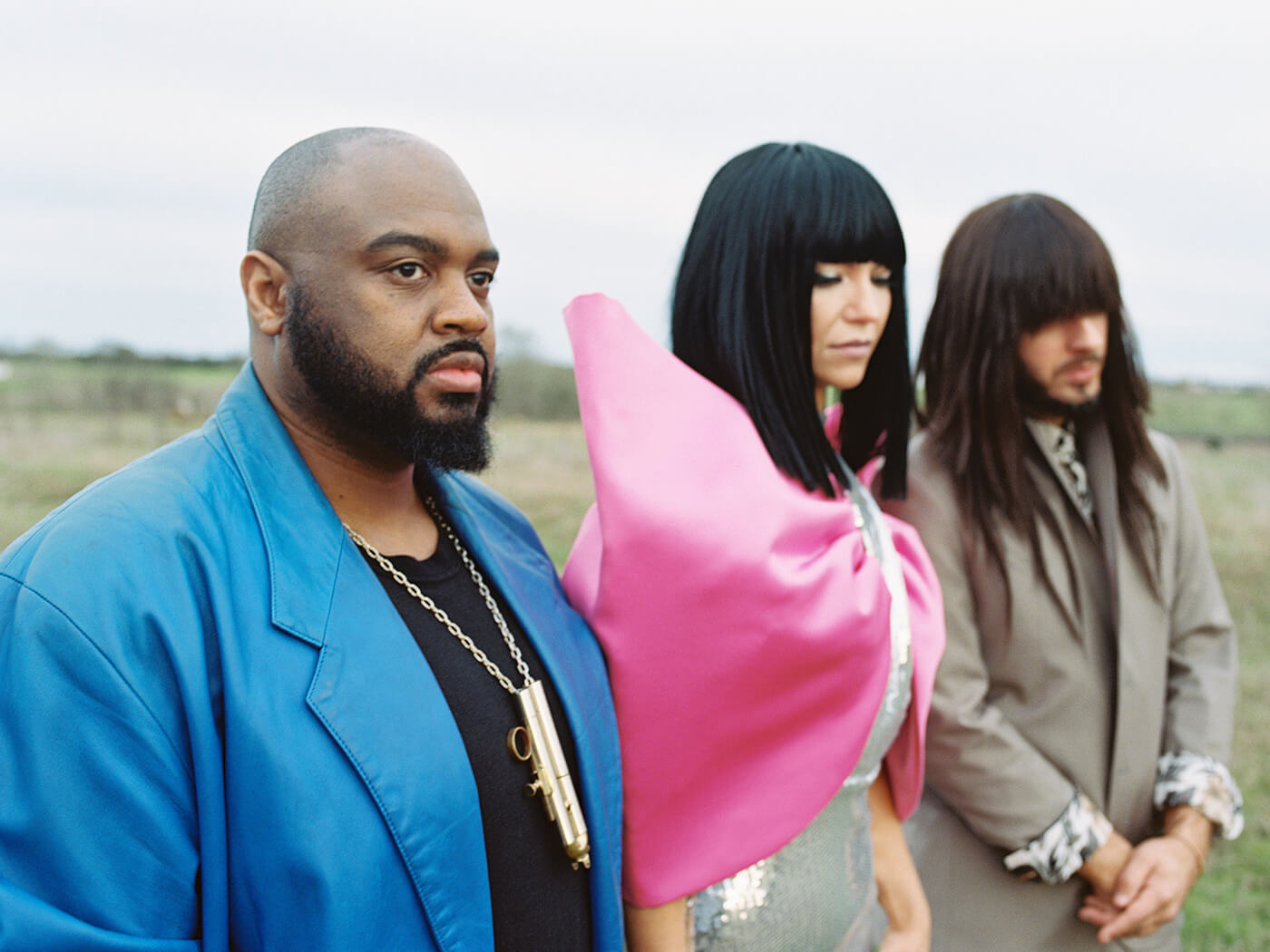 From the myth of the Titan Atlas onwards, carrying the weight of the world has been perceived as a form of punishment, and a near-impossible task when posed in the mortal realm. “I ask not for lighter burdens but for broader shoulders,” a Jewish proverb declares. That one three-piece band can uphold the world’s musical legacy across a buoyant, 10-song album is quite the feat, then. How can they shoulder such multitudes? As bassist Laura Lee explains, when you’re a citizen of the world, its weight isn’t a burden, more a liberating force.

“We’re immersed in a lot of different cultures, being from Houston,” Lee says. “Because it’s a cultural melting pot, we thought that if we can make an album that sounds like the world, it would also sound like Houston.”

For their third album proper, Khruangbin – the trio of Lee, guitarist Mark Speer and drummer DJ Johnson – stitch disparate sonic touchstones from various locations worldwide to create a thoroughly modern groove, loaded with references and textures, yet blithesome and weightless in its delivery. It’s less a paint-by-numbers approach than a gentle kneading of time-tested ingredients.

The band once again tracked in analogue at their studio, known as The Farm, on Speer’s family’s land in the tiny town of Burton, Texas, where the population hovers around 400. After writing each song in the studio, the trio would capture a series of live performances. Subtle ambience lent by the breeze, and the area’s flora and fauna, are all part of the real and living soul of Mordechai, an album so titled for a transformative experience Lee had with a friend of the same name. “There’s something really sweet and beautiful about the freshness of a new take,” Lee says. “And they’re alive because they’re recorded in a barn and not a studio. They’re not insulated from the elements. Sometimes the best take has rain or birds.”

Though the album maintains the live essence of the band’s previous recordings, Lee, Speer and Johnson sing on 80 per cent of Mordechai’s songs, more than on any other Khruangbin album. Their approach to vocals is often textural, another layer in a subtle symphony of instrumentation. “Time (You And I)” – a disco anthem that incorporates keys, pedal steel and a suite of percussive elements – features sparse vocals that recall the innocence and cheer of lost kid-soul recordings, or The Langley Schools Music Project. They are plain spoken, imperfect and totally unselfconscious. “We can play like children play/We can say like children say,” the trio sing in unison, as they jam with childlike exuberance.

The singing not only mirrors the message of the lyrics in this instance, but also the roots of Khruangbin as an instrumental band. There is enough space between words for the listener to apply their own take – be it sentimental or joyful, concrete or abstract – and the listener is not distracted by discerning the lyrical meaning but is instead entranced by the groove. Throughout Mordechai, the lyrics are not an intellectual exchange, but a visceral one. The song concludes with a series of phrases that roughly translate to “that’s life.” They’re whispered in different languages, from Hebrew to Korean to Serbian, another delicate but heady layer.

On “Pelota”, the album’s sixth track, Lee and Speer sing gently in Spanish over a mosaic of Latin percussion and syncopated hand claps, as Speer’s electric guitar flutters somewhere between South America and West Africa. In Khruangbin’s instrumental modes, Speer’s playing has often occupied the role of singer, conveying simulated vocal melodies through his intricate and lithe picking, and lines that ring out like elegant incantations. On Mordechai, his work occupies different spaces, depending on the song’s need; in “Pelota”, it’s the lead that draws the listener into the song, just before it recedes into the background, acting as an auxiliary texture – a sort of backing vocal. On “Connaissais De Face”, it’s born of the Ethiopian songbook, somewhere between the sounds of the great Ethio-jazz composer Mulatu Astatke and singer Mahmoud Ahmed. It lives out in front, punctuating the conversational vocals, as horns often do in Astatke and Ahmed’s work.

Scroll through the comments section on any Khruangbin video and see that much is made of the group’s locked-in quality, their distinct ability to play as a unit. The same is true on Mordechai, though the spirit of the material often allows for more evident displays of personal flair. Johnson’s Jedi-like focus behind the drum kit – he could keep time for a metronome – is often framed by a dynamic opening or closing break, as heard on “One To Remember”, a reggae-inspired slow burner, “Pelota” and “Connaissais De Face”. He opens “So We Won’t Forget” with a few spirited hits before joining Lee to form a dynamic, rhythmic machine.

Instrumental music is not for everyone, nor is “world music”, but with Mordechai, Khruangbin have flung open the door to wider appeal with their most seamless display of genre-melding yet. As with The Avalanches’ Since I Left You, or Michael Kiwanuka’s Kiwanuka, there’s a studiousness and a reverence for the sounds the album draws from and updates; but at the same time, there is no sense of gatekeeping, no sense that the listener is being tested.

Mordechai instead teems with the joy that comes with musical discovery, the urge to evangelise to anyone who might listen. Think of the rush that comes with hearing a brilliant international record for the first time, one largely unknown to English-speaking listeners – it’s why David Byrne started his Luaka Bop label in 1988, and why Lee, Johnson and Speer exist as Khruangbin. They’re sharing the feeling they got from that lost Brazilian psych-rock album, or from hearing that Turkish pop diva unknown to western audiences, through music that’s singular in its point of view, and strong in its cultural identity. Mordechai is a great record, made by deep listeners who believe that discerning taste does not equate to snobbishness. Through it, we’re reminded that good music is for everyone.