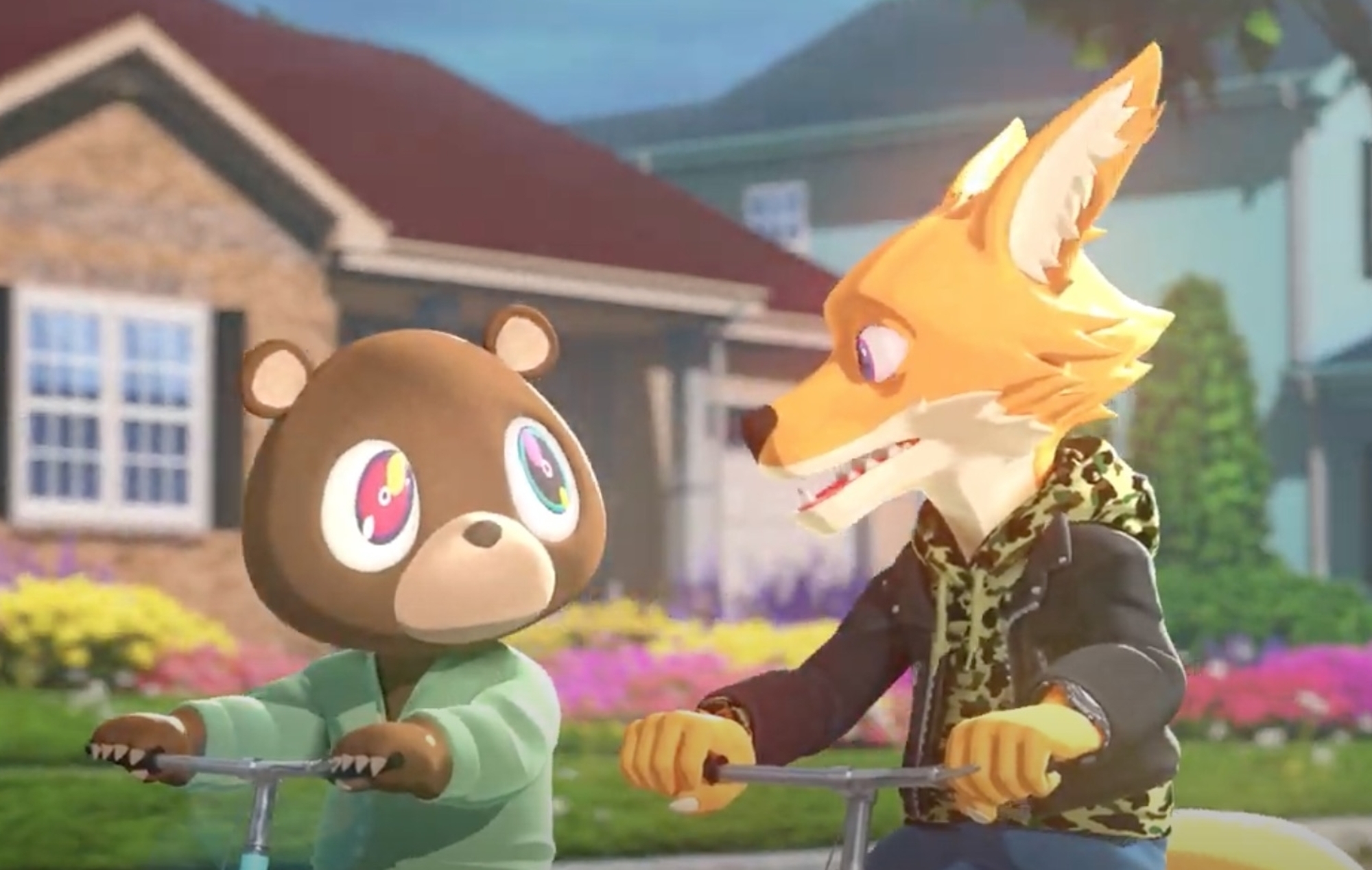 Kid Cudi has shared a teaser trailer for a Kids See Ghosts animated show with Kanye West – watch it below.

The new CGI animated series is based upon ‘Kids See Ghosts’, the 2018 collaborative album that paired Cudi and West together. It featured the songs ‘Fire’ and the Pusha T-featuring ‘Feel The Love’.

The show’s bear is voiced by West, while Cudi voices a character named ‘Kid Fox’. According to the credits, sound design was handled by William J. Sullivan and Cudi.

Watch the full trailer below:

A release date for the Kids See Ghosts series has not yet been revealed but in Cudi’s tweet he said that it was “coming soon.”

Last year, Cudi revealed that Kanye West is planning to release a follow-up to ‘Kids See Ghosts’, their joint 2018 album.

In a cover story for Complex, the ‘Day ‘N’ Nite’ rapper confirmed that “there will definitely be more” Kids See Ghosts albums on the way. He also added that West has reached out to him about their sophomore effort: “Kanye already told me he wants to start working on the second one. It’s kinda weird, ’cause with the first album, I didn’t know how serious he was about making a collab album with me.”

Meanwhile, Cudi is getting his own Netflix show. Entergalactic, a collaboration with Black-ish creator Kenya Barris, will be an animated music series based on his new album of the same name.

The show will showcase music from Cudi’s sixth solo album, which is forthcoming from Republic Records. The rapper will write, star in and executive produce the series, whose protagonist is a young man on a journey to discover love.