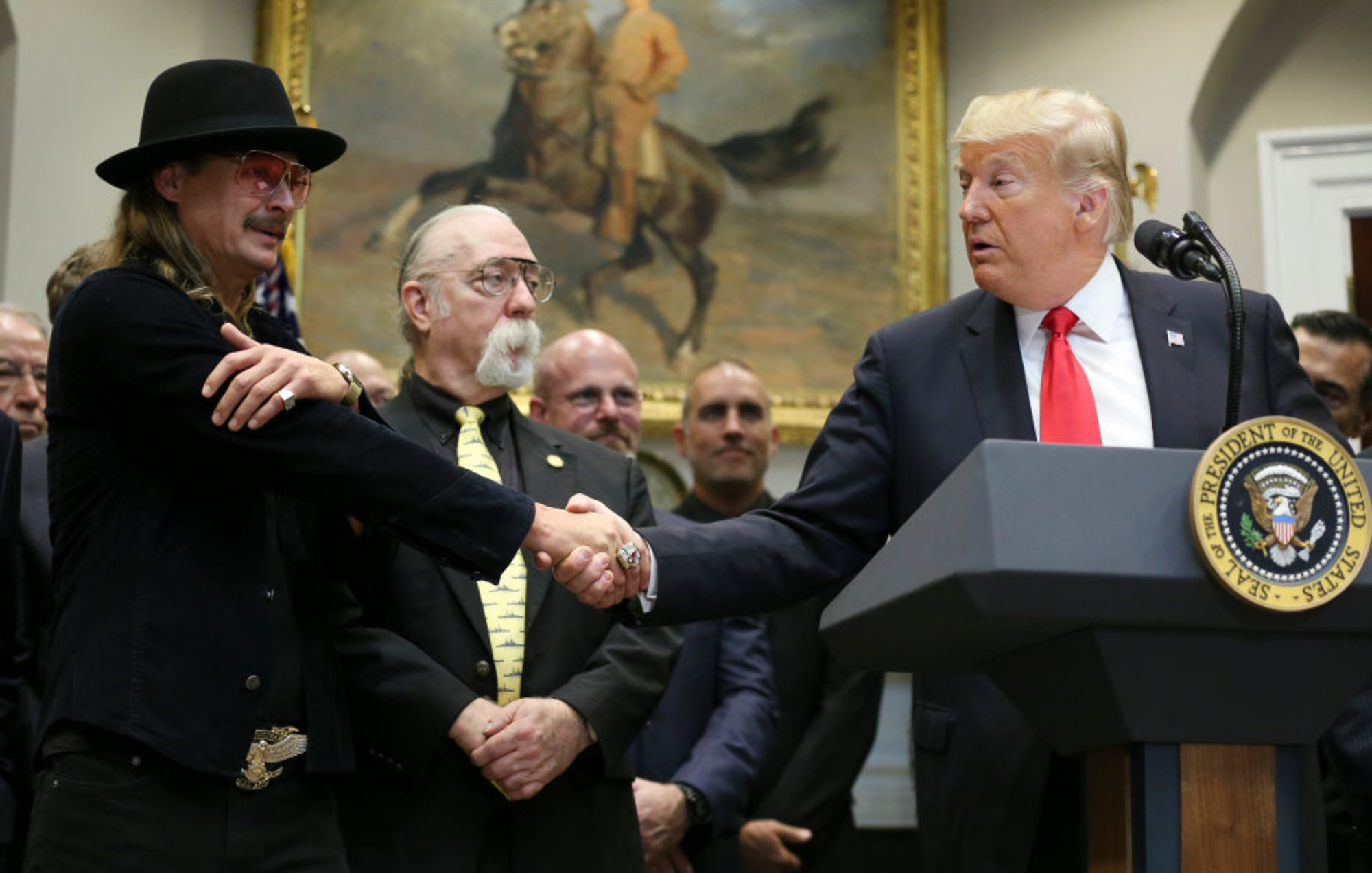 Kid Rock will be headlining a Donald Trump rally taking place tonight (September 14) in his home state of Michigan.

The campaign event for the president’s re-election will be held in Clinton Township at Bumpers Landing Boat Club, just outside of Detroit. It is due to kick-off at 7pm local time.

While Trump himself won’t be in attendance, his son Donald Trump Jr. and Trump senior advisor Kimberly Guilfoyle (who also happens to be Trump Jr.’s girlfriend) will both make appearances at the event.

Kid Rock has been an outspoken Trump supporter since 2016, when Trump began his presidency. The rock star met with Trump at the White House in 2018 when the president signed the Orrin G. Hatch-Bob Goodlatte Music Modernization Act.

“There’s a whole lot of people in this country that do give you a lot of credit for everything you’ve been doing for this country,” Kid Rock said to Trump. “We know that some people don’t give it to you as much as maybe they should sometimes.”

Last year, Kid Rock and Trump paired up for a round of golf at Trump International in Mar-A-Lago, Florida.

The rocker, who was sporting American flag trousers and a fedora, posted a photo of him and the US president on his Twitter.

He captioned the image: “Another great day on the links! Thank you to POTUS for having me and to EVERYONE at Trump International for being so wonderful. What a great man, so down to earth and so fun to be with!! KEEP AMERICA GREAT!! -Kid Rock”


Meanwhile, Kid Rock reportedly refused to shut his bar in Nashville earlier this year, despite official orders from the city’s mayor to curb the spread of coronavirus.

The US star, who owns Kid Rock’s Big Ass Honky Tonk & Rock & Roll Steakhouse, was among several bar owners who were refusing to listen to the mayor’s orders.