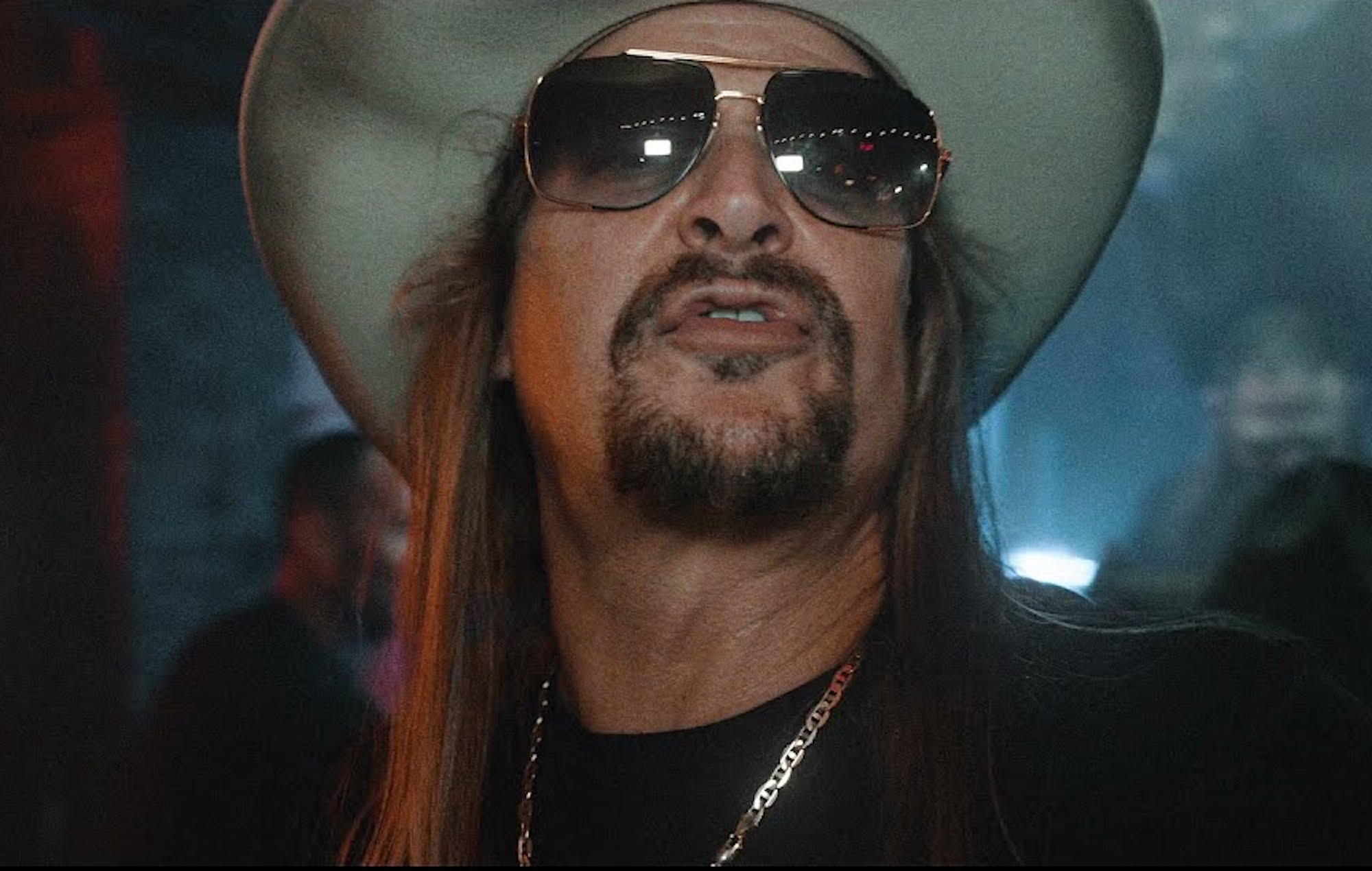 Kid Rock has shared a new song in which he hits out at “snowflakes” and “offended millennials” – listen to ‘Don’t Tell Me How To Live’ below.

The track, Kid Rock’s first new music since 2017, sees him team up with Canadian rock band Monster Truck on a pseudo-cover of their 2015 track, also called ‘Don’t Tell Me How To Live’.

“A nation of pussies is our next generation,” Kid Rock says on the new track, which comes complete with a video that sees him wearing a t-shirt emblazoned with the slogan: “Social media sucks.”

He adds: “These minions and their agendas, every opinion has a millennial offended,” before rapping: “So what the fuck’s up with all the backlash/ you snowflakes here’s a news flash: ain’t nobody gonna tell me how to live.”

Watch the video for ‘Don’t Tell Me How To Live’ below:

Earlier this year (June 10), Kid Rock doubled down on his use of a homophobic slur by repeating the same word again on Twitter.

The rapper was filmed calling fans “f*****s” on June 5 as they captured footage of his performance at Tennessee’s FishLipz Bar & Grill.

Addressing the controversy over his comments a week later (June 9) in a post on the official Kid Rock Twitter account under his real name, he wrote: “If Kid Rock using the word ‘f****t’ offends you, good chance you are one. Either way, I know he has a lot of love for his gay friends and I will have a talk with him. Have a nice day. – Bob Ritchie.”


Then in August, several members of Kid Rock’s band tested positive for coronavirus, forcing him to cancel a handful of live dates.

Posting on Facebook, Kid Rock wrote: “I am pissed. Over half the band has fucking COVID (not me), and before u shit for brains bloggers and media trolls run your mouths, many of them, like me, have been vaccinated.”