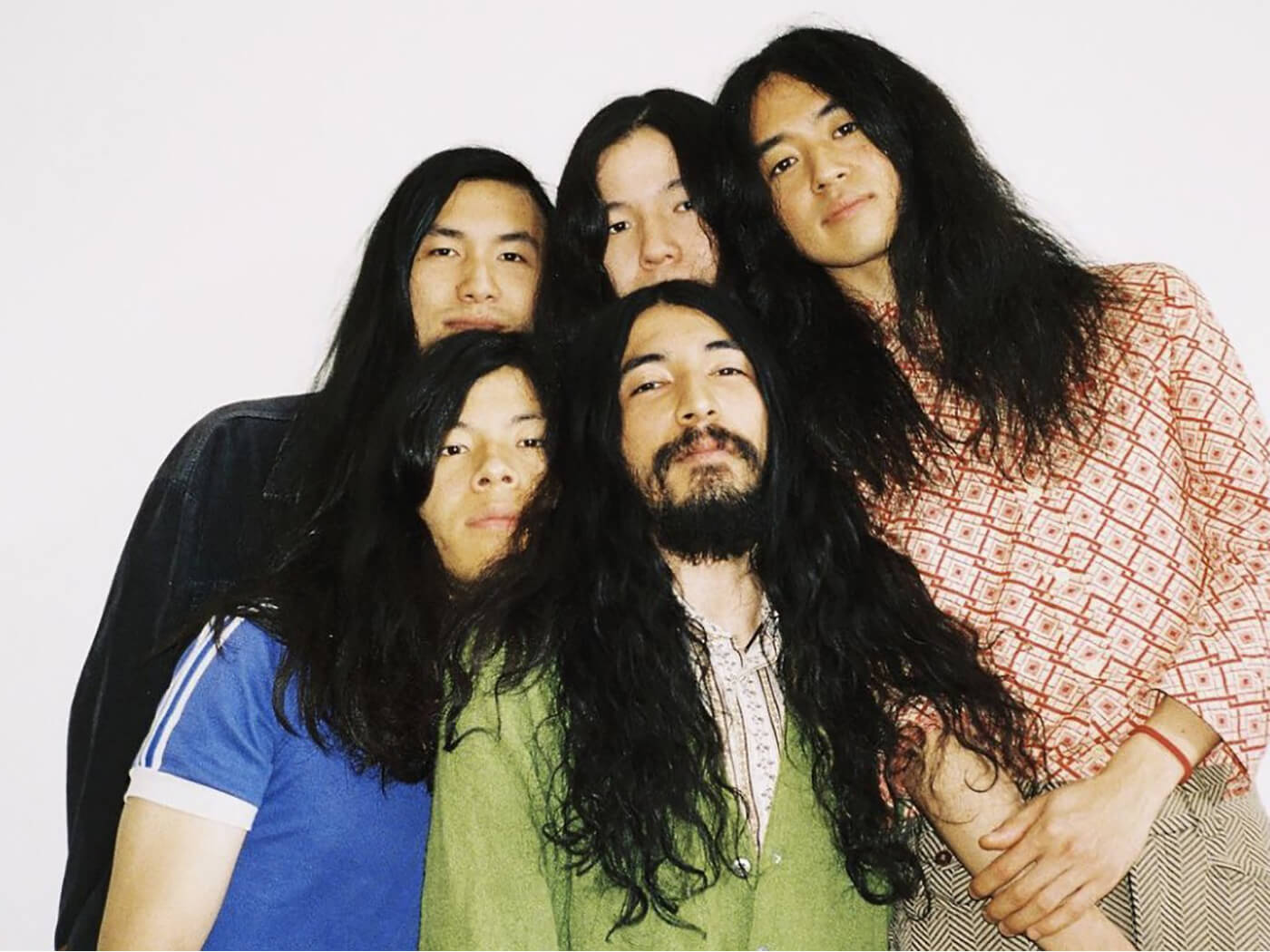 Kikagaku Moyo seemed like a band going places. After initially struggling to make headway in their native country – despite tapping into a noble lineage of Japanese longhairs stretching back through Acid Mothers Temple to Happy End and Flower Travellin’ Band, Kikagaku bandleader Go Kurosawa complained to MonsterChildren.com that “most people [in Japan] don’t like this kind of thing, they like following the rules” – they’d been steadily building a worldwide following since relocating to Amsterdam in 2017. They toured with Wooden Shjips and hooked up with Ryley Walker at Le Guess Who? for a heady live improv set, released on his Husky Pants label as Deep Fried Grandeur; and last year they reached their biggest audience to date with a well-received set on the main stage at End Of The Road.

But now it’s all over. A brief statement on their website confirms that Kumoyo Island will be their final album and Kikagaku Moyo will “go on an indefinite hiatus” after their 2022 world tour, having “truly achieved our core mission as a band”. Exactly what that mission was and how Kumoyo Island might be seen to have achieved it is not immediately clear. In death as in life, Kikagaku Moyo remain a tantalising enigma.

Kumoyo Island is not a grandiose swansong, bankrupting the band with a surfeit of orchestral indulgence; nor does it sound like a record made by musicians pulling in different directions, desperate to get away and do their own thing. There’s certainly an abundance of good ideas – often several within the course of one song, with hooks emerging from the fog before dissolving as quickly as they came – but the band seem to work through them in perfect harmony, on the way to even greater things. Psychedelic rock is, famously, all about the journey not the destination (man) but the lack of finality or certainty here is curious.

The PR spiel for the album gamely proffers a kind of ‘back to our roots’ narrative, but that too begins to crumble under scrutiny. As a result of the Netherlands’ strict lockdown rules, Kikagaku Moyo did indeed find themselves recording back in Tokyo, in the same studio where they made their first albums. But apart from the min’yo melody of the opening track “Monaka” – the name of a wafer-based snack and a Dragon Ball character – there isn’t too much else rooting the album in Japan.

Psychedelia is very much a global language and Kikagaku Moyo are of the generation where a whole world of musical adventure has always been available at the click of a mouse. Kumoyo Island contains strong ripples of Tropicália, dub, raga rock, new age, English folk, Anatolian psych and every shade of krautrock (there’s a reason why the band named their label Guruguru Brain). You can also hear the influence of hip-hop on the way they make use of percussion loops and breakbeats to drive the music forward or allow a kind of trance state to kick in. Led by Ryu Kurosawa’s stirring sitar riff, “Dancing Blue” is a terrific wedding stomp that gives Altin Gün a run for their money; it’s immediately followed by the gently clattering groove and reverbed fanfares of “Effe”, suggesting a kind of Balearic Can.

It might sound like they’re singing in Japanese, but most songs are actually in their made-up “Kika language” with syllables chosen not for their meaning but for their sonic effect. The two exceptions are a gorgeous cover of Erasmo Carlos’s “Meu Mar” and the wistful prog epic “Yayoi, Iyayoi”, whose lyrics were assembled, cut-up style, from various old poetry and nature books in order to avoid putting across anything too concrete. You’re left to conclude that ambiguity itself is the goal, the band swirling everything together until it starts to give off unexpected resonances. Final track “Maison Silk Road” is a beautiful ambient question mark, fragments of piano and untethered Göttsching-esque guitar floating off into the ether.

It’s too easy, these days, to situate yourself squarely in a pre-existing tradition and by slavishly following its rules attempt to claim a bogus authenticity. Kikagaku Moyo are having none of that – not least because doing what you want, and grabbing a little bit of everything like famished pilgrims at a hotel buffet, is much more fun. Having just made their best album, it’s a shame that their journey ends here, although you suspect that they’ll return in new permutations before too long. For now though, you have to say: mission accomplished.