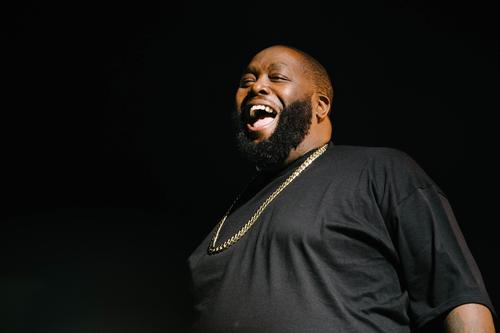 Oprah made her way back into the headlines this past weekend not only for her Golden Globes speech but also with fans urging her to run for president in 2020, with the hashtag #Oprah2020 becoming a trend on Twitter.

TMZ recently caught up with Run The Jewels’ Killer Mike, who thinks that people should be supporting politicians that have already put work in the field politics, rather than just running simply because they’re a billionaire. Mike has one woman in mind for the presidential spot, Ohio State Senator Nina Turner.

“If I’m going to support a black woman for president, or a woman for president—and I think that should happen—it’d be Nina Turner because I think she’s a dynamic politician and legislator,” he said. “She’s worked across the aisles in her home state and she just made a hell an impression on me on the campaign trail.”

RELATED: Run The Jewels Watch The Apocalypse Go Down In The “Call Ticketron” Video

Mike makes it known that he doesn’t know or agree with any other allegations that’s circling the media, suggesting that Oprah knew Harvey Weinstein’s inappropriate behaviour. He simply reiterates his opinion for the future president. Watch the clip below.