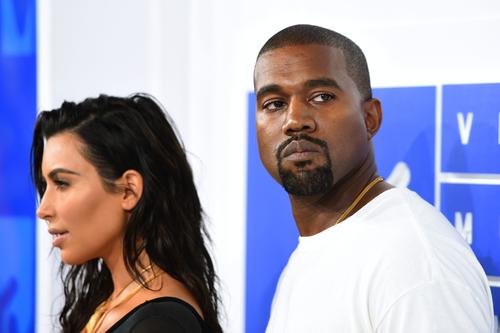 Kanye West’s albums are not only wildly different in terms sound and aesthetics, but they ten correspond with different phases Kanye’s wardrobe as well. Over the 10+ years Kanye’s been in the game, he’s sported a lot iconic fits, and has influenced fashion in a lot different ways.

As it turns out, Kanye isn’t one to throw away his old accessories. Kim Kardashian posted a video to her Instagram story this week showing f a veritable museum Kanye gear. Who could forget when Kanye debuted the shutter shades in the video for “Stronger” f his third album Graduation, which were extremely controversial for the time. Also pictured are several pixelated heart pins, that he was known for rocking during his 808’s and Heartbreak bow tie era. She even has the block sunglasses from Kanye’s appearance at the 2006 Grammy awards.

That’s not all Kim’s got. She mentioned on Twitter that the West family still has every single mask that Kanye West wore on his Yeezus tour.

Unfortunately, it doesn’t seem likely that the “Kanye Archive” will ever be put on display for the public. Instead, Kim mentions in the video that she’s saving them as keepsakes, maybe to give to her children one day.

Regardless, the video is sure to send any passionate Kanye fan on a trip down memory lane. While Kanye is holed up in Wyoming working on his new album, we could end up with a brand new era Kanye West inspired fashion. Check out the ‘archive’ for yourself below.