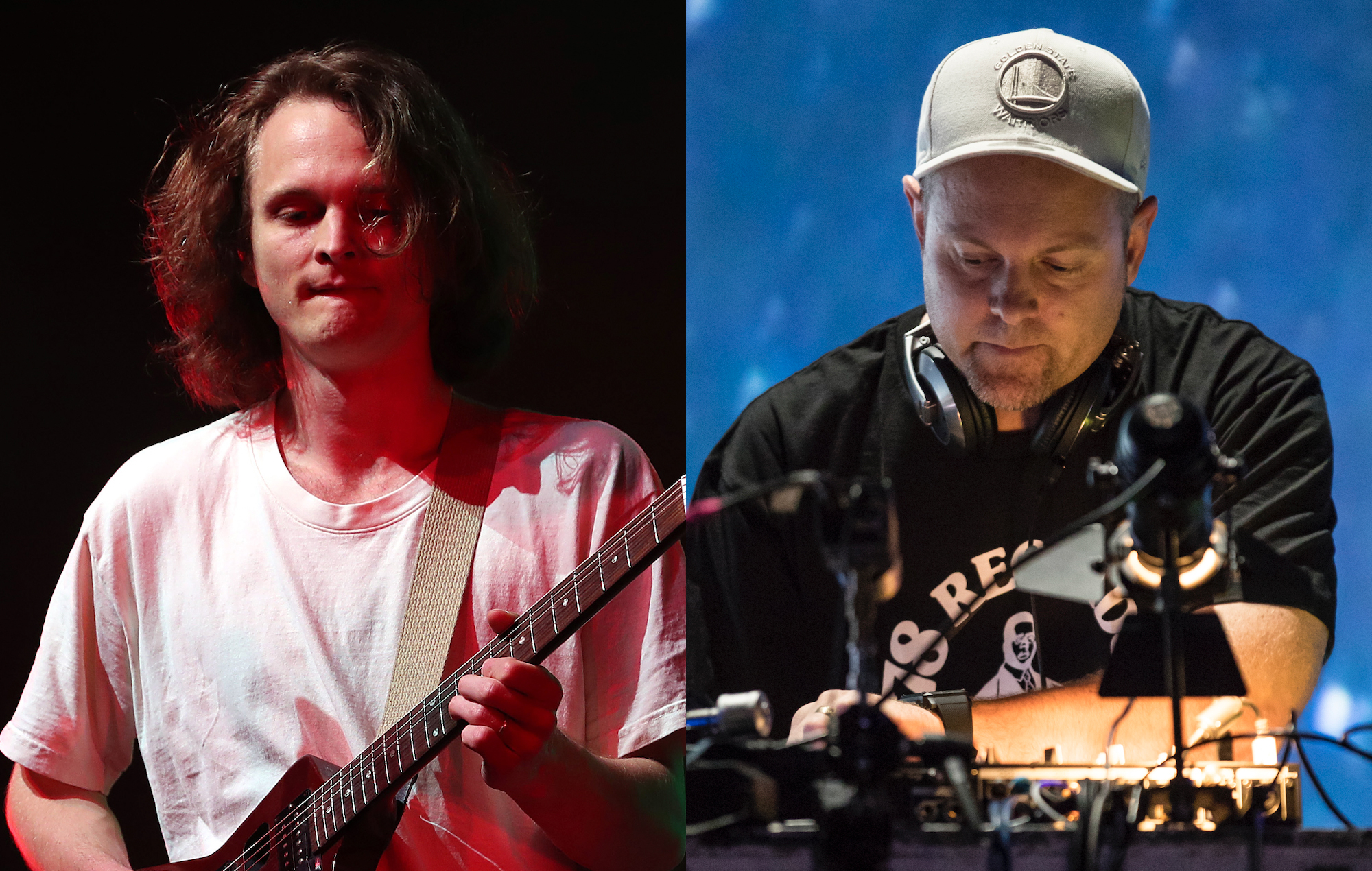 King Gizzard And The Lizard Wizard have shared a new preview of their forthcoming remix album, ‘Butterfly 3001’, with a punchy, drum-centric redux by DJ Shadow.

Labelled as the Californian trip-hopper’s ‘My Own Reality’ re-write, the new mix is almost entirely instrumental, carried by crunchy, digitised bass guitars, turntable scratches and loose, bombastic drum fills evocative of early ‘90s hip-hop (think a Beastie Boys instrumental). Fittingly, the song only features one lyric: “My own reality.”

It arrives alongside a cinematic video helmed by longtime King Gizzard collaborator John Angus Stewart, starring the legendary Australian media figure John Safran. The clip – shot on film to emulate the visual aesthetic of the era from which DJ Shadow drew inspiration – puts Safran in a range of precarious scenarios as he loses himself in the music.

Check out the video for DJ Shadow’s “re-write” of ‘Black Hot Soup’ below:

The new track land as our third taste of ‘Butterfly 3001’, following a remix of ‘Butterfly 3000’ by Peaches and a dub version of ‘Shanghai’ by The Scientist. Both of those came alongside the album’s announcement, with an independent release set for January 21.

As its title implies, ‘Butterfly 3001’ is comprised of new takes on tracks from King Gizzard’s 18th album, ‘Butterfly 3000’. “We’ve put off doing a remix album for a long time,” band member Joey Walker said upon the album’s announcement. “Maybe it was conscious, maybe it wasn’t. But it’s happening now.

“That’s not to say that ‘Butterfly 3000’ makes the most sense to remix. It might seem like the obvious one, but it’s not. Yes it’s electronic. But so is a fridge. Have you tried to dance to ‘Butterfly’? It’s hard. It ties your shoelaces together. It’s duplicitous in its simplicity.

“But ‘Butterfly 3001’ expands on this. It also deviates and obliterates. We’re honoured to have such esteemed people go to work on these songs. We hope you love this album as much as we do. See you in DA CLUB!!!” ‘

‘Butterfly 3000’ arrived last June as King Gizzard’s second album for 2021 (following February’s ‘L.W.’). Though it spawned no singles, every track on the album received a music video. Those included the band exploring their home of Melbourne in the clip for ‘Yours’, and pairing ‘Interior People’ with Miyazaki-inspired animation.

In a three-star review of the album, NME’s Becky Rogers said ‘Butterfly 3000’ was an underwhelming affair. She noted that the band’s “formulaic approach lacks surprise”, because “once you’re a few tracks in, you’ve heard it all”.

Back in November, King Gizzard announced a massive world tour for 2022. Kicking off in March, the run will include dates in Europe, the UK and both North and South America.

King Gizzard are due to release their 19th album, ‘Made In Timeland’, sometime in 2022. It was initially supposed to be given out for free at the band’s titular Timeland festival on New Year’s Eve, however the event was cancelled a few days out due to rising COVID-19 cases in the band’s home of Australia.