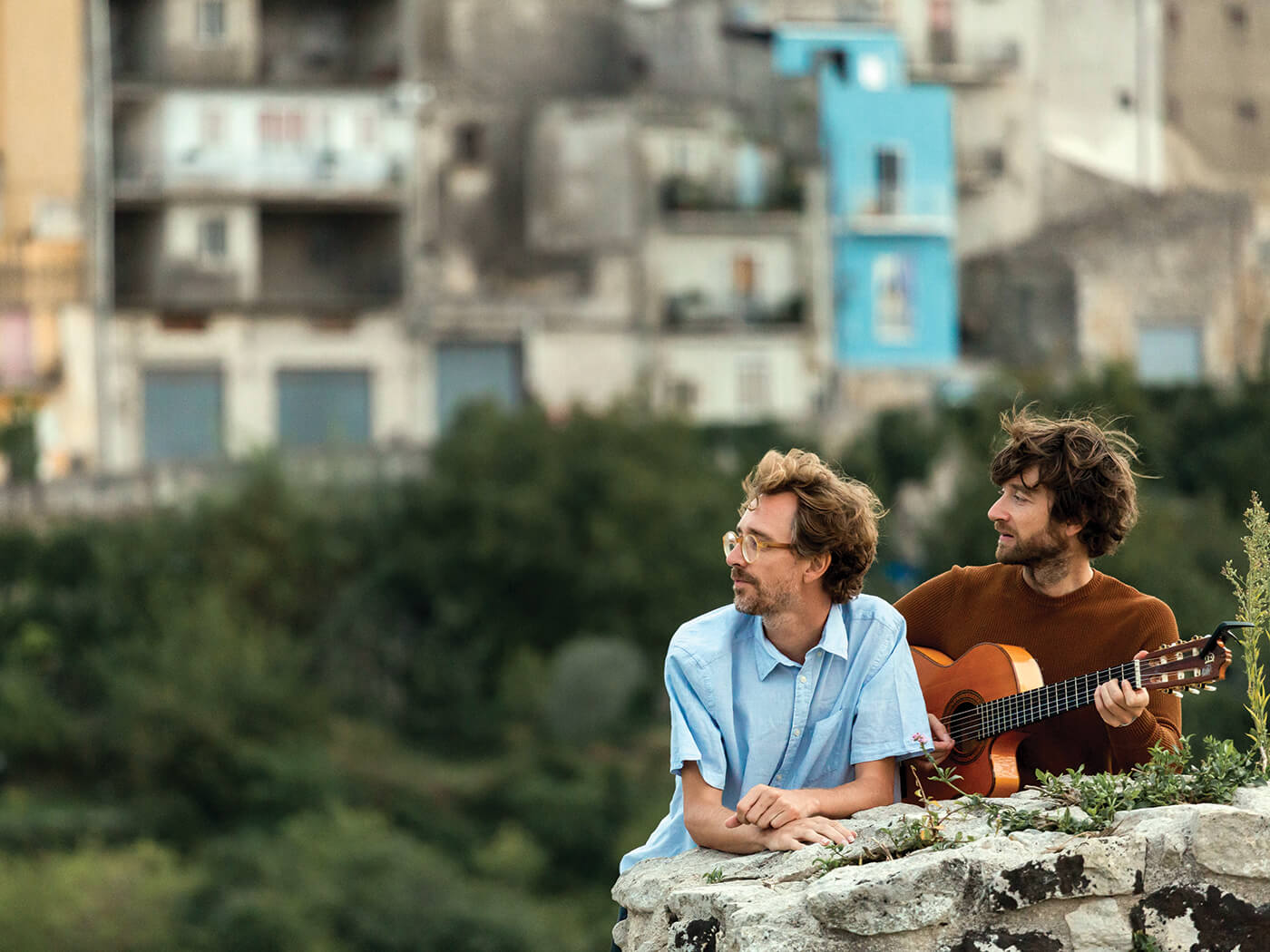 Kings Of Convenience – Peace or Love

On the cover of Peace Or Love, the long-awaited fourth album by Eirik Glambek Bøe and Erlend Øye, the Norwegian duo are playing chess on a stylish piece of furniture. It’s not the first time the game has featured on their record sleeves – the art for 2004’s Riot On An Empty Street included a half-played board on the shaggy rug of a chic apartment, while 2009’s Declaration Of Dependence depicted the duo taking a break from a game on a Mexican beach.

Bøe and Øye do enjoy chess (the latter spent most of a recent quarantine playing it online), but their frequent references to it also capture something fundamental about the alliance that’s always powered Kings Of Convenience. Though their music is hushed, thoughtful, polite even, their relationship has always been fiery and competitive, the beauty and stillness of their songs fashioned from conflict.

The 12 years between Declaration Of Dependence and Peace Or Love weren’t the result of struggle and strife, however, but rather of a quest for perfection. Recording took place sporadically over five years and spanned five different cities, including Siracusa in Sicily, where Øye now lives, with the duo searching only for the right mood and feel, a kind of loose magic, rather than any technical prowess.

Their efforts seem to have paid off, for Peace Or Love is their most cohesive album yet. While it’s not a world away from their previous work, the mood is noticeably more stripped-down and melancholic – there’s nothing like Riot…’s I’d Rather Dance With You or Declaration…’s Boat Behind – perhaps informed by the last decade, which saw Øye lose his parents and Bøe suffer the breakup of his marriage to Ina Grung, the cover star of Riot… and their debut, 2000’s Quiet Is The New Loud.

In customary fashion, they begin with a slow, desolate song. Rumours, driven by three intertwining acoustic guitars, addresses someone facing “accusations we both know are wrong”; in close, breathy harmony, they offer support and advice, but it might be too late: “I want to tell you that I love you/But I know you can’t hear me now”.

Comb My Hair, with its fast, coiled fingerpicking, is darker still. Here, with the loss of a loved one, the protagonist is unable to get out of bed; even the stars and the warm evening air are “cold and senseless now”. Love Is A Lonely Thing, a tranquilised, echoing ballad with verses shared between Øye, Bøe and a returning Feist, and the minor-key Killers, both deal with the pain of love, of waiting interminably for someone or something to appear. Closer Washing Machine, one of the best tracks here, uses clashing guitar chords and plaintive viola to emphasise Øye’s romantic dejection and existential angst: “It’s true I’m more wise now than I was when I was 21/It’s true I’ve less time now than I had when I was 21…”

Not everything is quite as dark, though: Bøe’s Rocky Trail is a skipping, bossa nova cousin to Misread, but it twists and turns so deliciously that its chorus appears only once. Fever places electronic beats under Øye’s wry contrasting of lovesickness and actual sickness, but the effect is reassuringly subtle. Catholic Country, meanwhile, is swaying and vaguely South American, the chorus written with The Staves and beautifully delivered by Feist.

Ultimately, it’s the sparse, live interplay between the two guitars and voices that carries Peace Or Love. The arrangements were largely worked out on tour, while recording mostly took place in homes – hence the Sicilian crickets that accompany Bøe on Killers. There are mistakes here too, especially on Washing Machine, which only enhance the air of intimacy.

After a quarter of a century playing together, Kings Of Convenience seem to have discovered the purest essence of the music they create. It’s become increasingly tricky to tell who originated these songs, especially when, as on Catholic Country, Bøe is singing Øye’s lyrics over his own riff; what’s more, any frills they might have dabbled with in the past have been stripped out, leaving only the bones of the songs and whispers of the rawest feelings. Stylish moves, perfectly played.