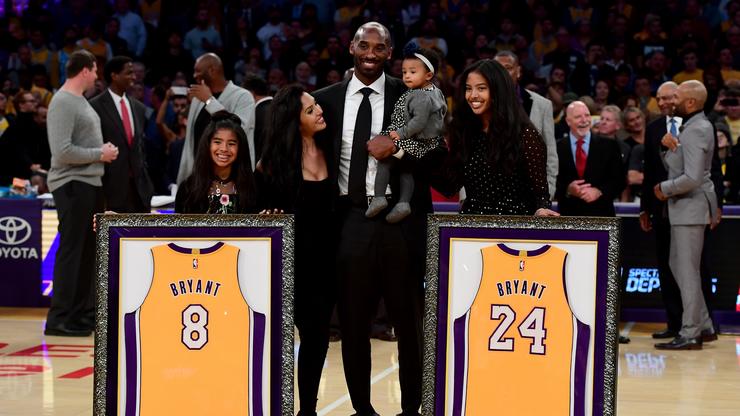 Kobe Bryant’s daughters were all smiles as Vanessa Bryant shared a video of three-year-old Bianka stealing Natalia’s thunder in a TikTok video.

Despite the tragedy that the Bryant family has endured this year, they’ve been able to find joy with each other. It was back in January when the news of Kobe Bryant and his daughter Gianna Bryant’s death sent shockwaves throughout the world. The father and daughter lost their lives alongside seven of their friends in a helicopter crash, and as the legal disputes and lawsuits rage on, Vanessa Bryant is sharing laughs and smiles with her daughters.

On Friday (June 12), Vanessa shared an Instagram post that could make just about anyone chuckle. Eldest daughter Natalia Bryant looked to be having a fun time with baller Sabrina Ionescu while attempting to make TikTok dance videos. The two ladies could barely keep it together as they anticipated an adorable video-bomb from three-year-old Bianka Bryant who stole the show.

Recently, Vanessa also shared that she received a tattoo honoring the memories of Kobe and Gianna. She got the ink in the hallway of her home and wrote in the caption of a video on IG that it was a “sweet message” from the late basketball icon. Check out the laugh-worthy video of little Bianka showing that she’s the Bryant sister with the best dance moves below.