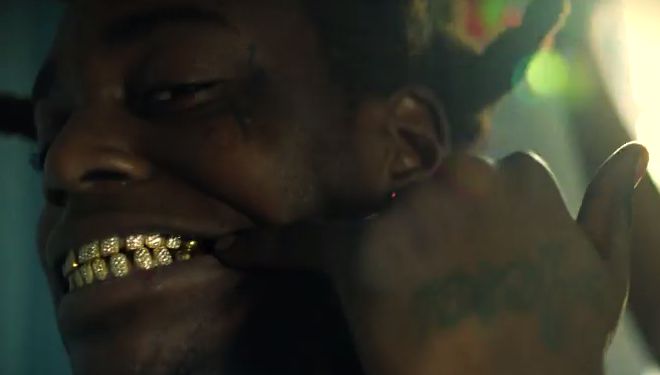 Kodak Black has a hit on his hands with "Roll In Peace" featuring XXXtentacion. Back in August, after being an instant, favorite cut f "Project Baby Two", the record had developed a promising future.

Several stars, like Lil Wayne on "Dedication 6", have remade this stand-out song.

This one is produced by buzzing, super producer, London On Da Track.

Kodak has now decided to serve the ficial video for this catchy street hit. It's a fast paced video with political and religious hues.

X makes a brief, indirect appearance only, as he's currently on house arrest while his domestic violence case is pending. He's facing a total fifteen felony counts witness tampering and witness harassment related to the case.

While we wait to find out X's fate, let's peep this new video now: