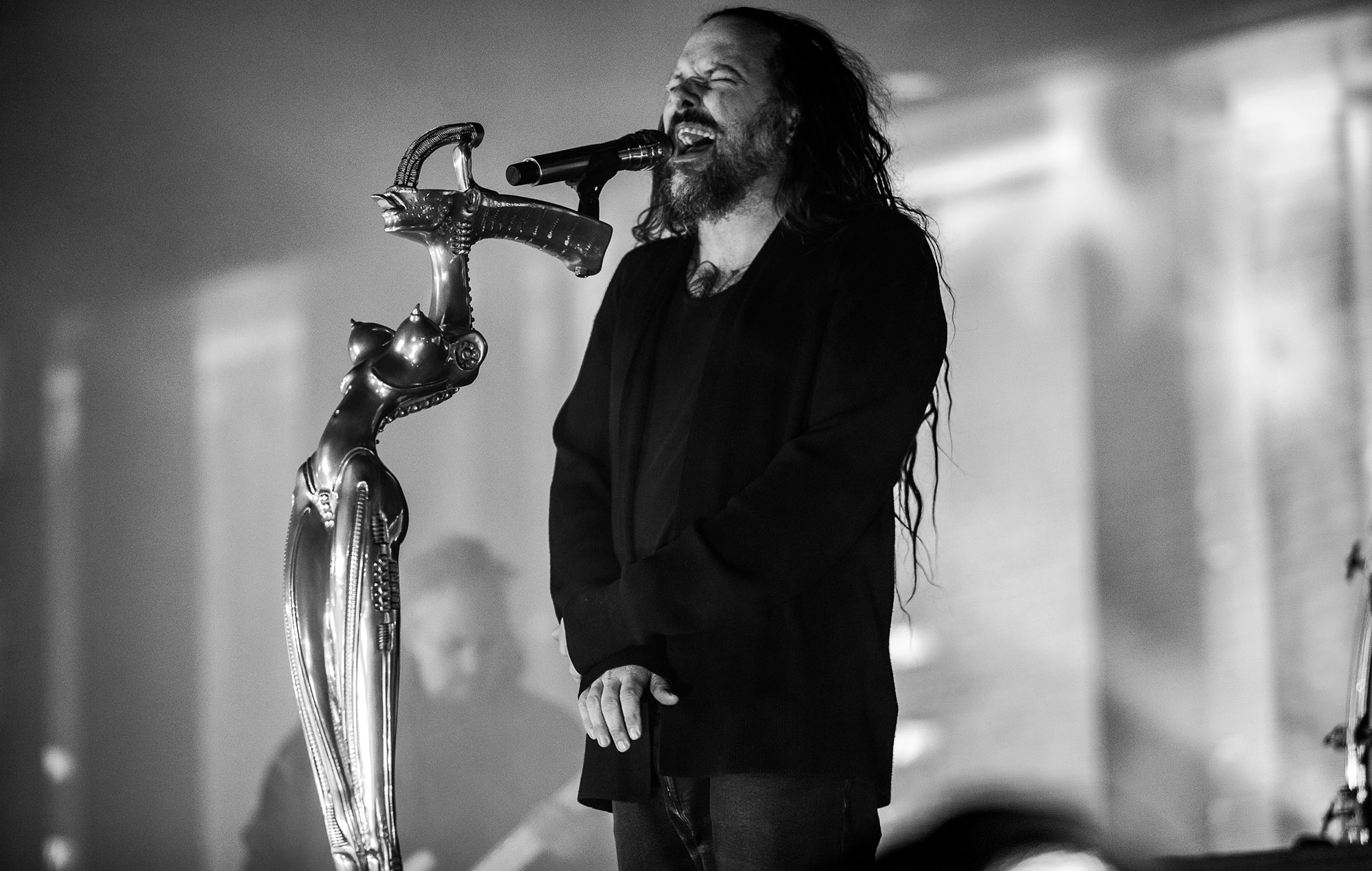 Korn frontman Jonathan Davis has tested positive for COVID-19, causing the nu-metal outfit to postpone six dates of their current US tour, with a further two shows cancelled altogether.

The news comes after Korn spontaneously cancelled a show in Scranton, PA last Saturday (August 14), hours before they were due to hit the stage. Davis wasn’t named in their announcement, however, the band instead attributing the last-minute postponement to “a confirmed COVID-19 case within the Korn camp”.

A new statement posted to the band’s social media pages today (August 17) clarifies the situation, with the band writing: “On Saturday, we received the unfortunate news that Jonathan tested positive for Covid, and needless to say, we had to postpone the show last minute.

“As a result of his positive test, we also need to reschedule the next handful of shows. As always, our primary goal is to ensure the safety of everyone involved, so this is something that has to be done.

“Jonathan’s spirits are high, and he’s resting and recovering now. We’re as disappointed as you are about the circumstances, but we’ll get through it though, and we can’t wait to see you once we’re back, firing on all cylinders once again.”

The aforementioned Scranton date has now been moved to Saturday September 25. Furthermore, shows in Wantagh, Holmdel, Hartford, Mansfield and Gilford have also been postponed, while two shows booked for New York (Darien Centre and Syracuse) have been cancelled due to scheduling conflicts.

All tickets purchased for the postponed dates remain valid, with remaining tickets on sale now from the band’s website. Ticketholders for the two cancelled shows will be contacted directly to organise refunds.

Pending Davis’ recovery, the tour is scheduled to pick back up on Friday August 27, when Korn are slated to roll through Tinley Park in Illinois.


The band are currently touring with Suicidal Tendencies bassist Ra Diaz, who is filling in for Reginald ‘Fieldy’ Arvizu after Fieldy announced he’d be taking a hiatus from touring with Korn back in June.

Last month, lead guitarist Brian ‘Head’ Welch gave fans an update on Fieldy’s progression, saying in a radio interview: “Fieldy is good, man. He’s at home, and he’s with his kids. I wanna say that Fieldy’s a good dad. He’s a good dude, and he has his life structured. The bad habits he talked about in the press – everyone has their issues in life. But those he’ll work on in his own way.”