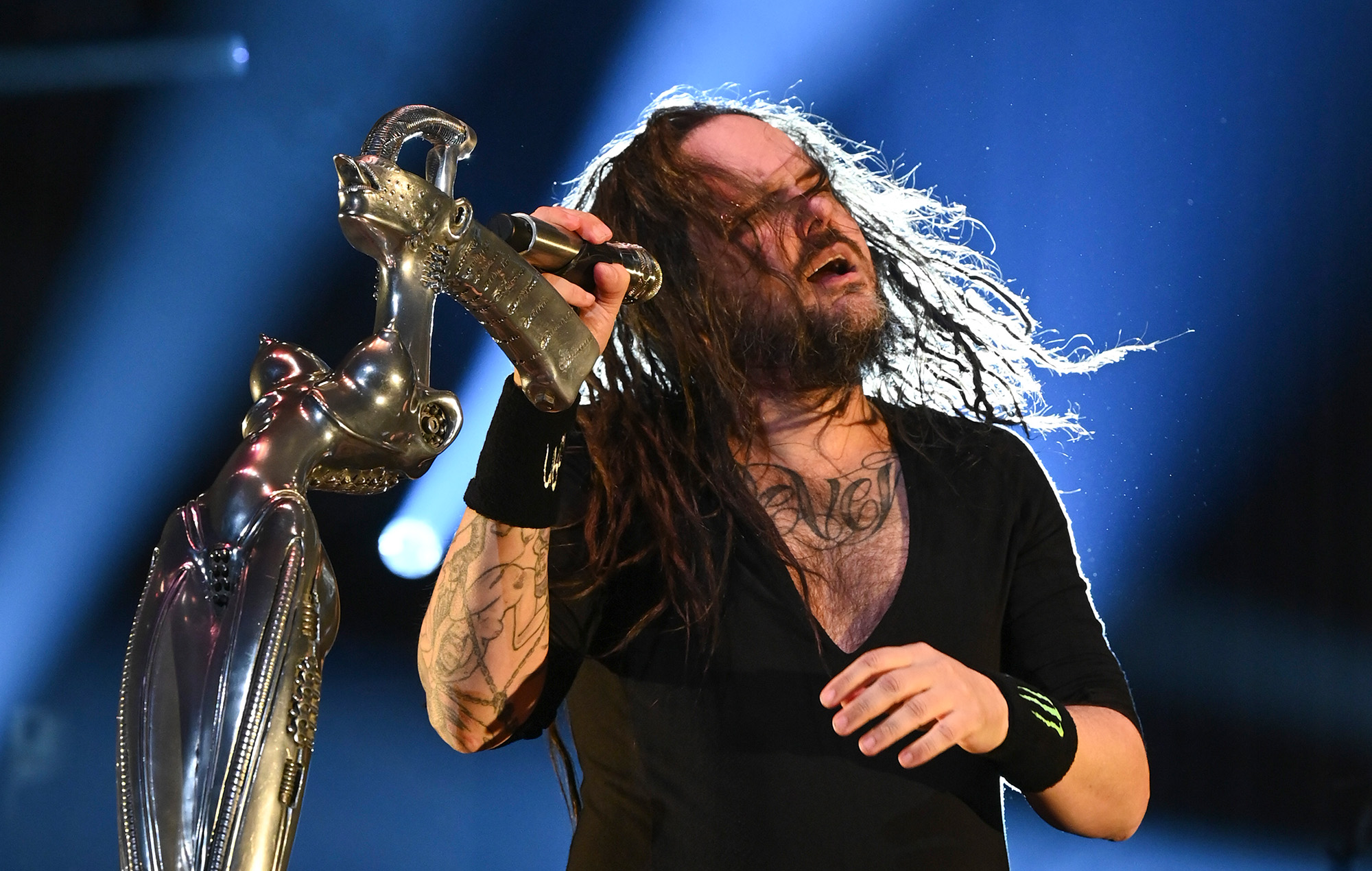 Korn frontman Jonathan Davis has spoken about bassist Fieldy’s hiatus from the band.

In a new interview with Kerrang!, Davis and guitarist Brian ‘Head’ Welch talked about their long-serving bandmate – real name Reginald Arvizu – who announced his hiatus in June with a statement saying he had fallen ​“back on some of my bad habits” and needed “some time off to heal”.

In the interview, Davis spoke about the vulnerability of watching “somebody I care about die” and how he’s “not going to fucking do that again.”

“I will feel guilt for the rest of my fucking life because of that,” he continued. “I tried my hardest but perhaps if I’d been a little bit tougher there’d have been a different outcome. I pray that he can figure it out and get better and come back and be a huge part of this band again.”

Welch added that “the best thing to do is stay at home, be with your family, and start processing” and that his bandmate has “got to find that healing.”

“I still struggle with it,” Welch told Kerrang!. “I had a few slip-ups with my ‘bad habits’ three to four years ago, so I understand it, but I dealt with it by hitting it head-on and stopping it from becoming a problem. I’m not concerned because I know he’s going to be OK.”

Arvizu’s hiatus saw him sitting him out on the band’s most recent tour, but he will appear on their upcoming album ‘Requiem’. Their 14th studio album, led by the single ‘Start The Healing’, arrives on February 4, 2022 via Loma Vista.

During Korn’s recent tour, it was revealed that three members of the band had contracted COVID-19: Davis, guitarist James ‘Munky’ Schaffer, and drummer Ray Luzier. While each incident caused them to postpone some tour dates, the band still carried on performing in select cities. About two weeks after his diagnosis, Davis returned to perform with the band, albeit sitting on a throne through most of their set.

Earlier this month, Davis opened up on his fight with COVID-19, saying that the experience had left him “scared shitless”.