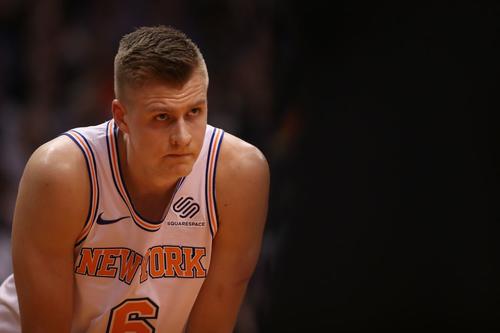 New York Knicks All-Star forward Kristaps Porzingis took to social media yesterday following his ACL surgery to give Knicks fans an update on his status and his vow to come back “stronger, better and sharper than ever.”

Porzingis suffered the injury on February 6th and will now begin a daunting rehabilitation process that is expected to keep him sidelined for nine to 10 months. That means his return may not come until Christmas.

The 22-year old star, who was averaging a career-high 22.7 points per game and was named to his first All-Star team before the season-ending injury, shared the following message on social media after his surgery.

“First all I want to thank you for all the love and support,” he wrote. “Im attacking my rehab right away. I truly believe that with consistent hard work, patience and positive attitude I’ll come back stronger, better and sharper than ever. Much love.”

According to the New York Post, medical experts say the key to a speedy recovery is based on how quickly Porzingis is able to develop his quadricep muscles. The first two months rehab are crucial to prevent early scar tissue from forming and inhibiting his range motion.

The Knicks have not won since Porzingis’ injury and have lost their last eight games overall heading into the NBA All-Star break.