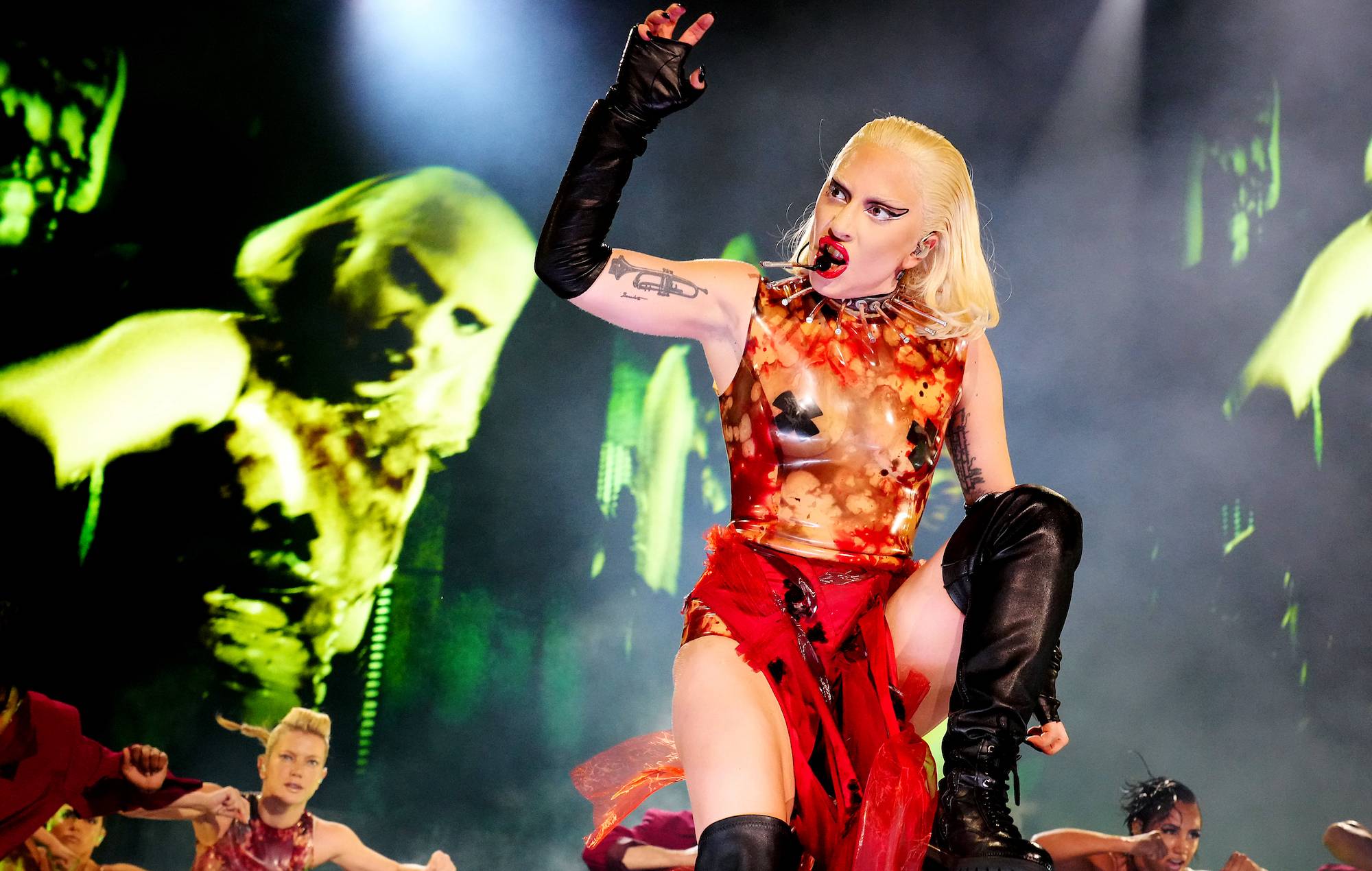 Lady Gaga was forced to cancel the final gig of her ‘Chromatica Ball’ stadium tour midway through last night due to a storm.

The star was playing a gig at the Hard Rock Stadium in Miami, Florida on Saturday night (September 17) when adverse weather conditions forced her to abandon the gig with six songs remaining.

“So thank you, get home safely, god bless you, and thank you for coming to the show,” she added, before departing and telling fans: “Please go home.”

Lady Gaga addressing the audience after the announcement of the show’s cancellation. pic.twitter.com/eQM1YTXghw

Following the announcement of the cancellation, fans then gathered in the stadium to sing Gaga’s Ariana Grande collaboration ‘Rain On Me’ in the pouring rain, which you can see below.

Fans singing ‘Rain On Me’ as it rains in Miami. pic.twitter.com/bmi2zbCFuT

After the show, Gaga then posted a tearful video to her Instagram followers, saying: “Hi everybody, thank you so much for coming to the Chromatica Ball.

“We really tried to finish the show in Miami tonight but we couldn’t because even when the rain sort of stopped, there was lightning that was striking right down to the ground, so close to us.”

Gaga added that she had to make the “responsible” decision to stop the show, despite being a “hardcore bad bitch,” adding: “I don’t know what I would do if anything happened to anybody in the audience or to any member of my crew, my band, my dancers.

“So I’m sorry that we didn’t get to do the epic performance of ‘Rain On Me’ in the rain but what’s more worth it to me is life.”

In another post, she added: “I’m sorry I couldn’t finish the show it was too dangerous the lightening was being unpredictable and changing moment by moment, I love you.

“Look, for years some of you have called me “mother monster,” in my heart I knew it was better to keep you safe. Thank you for believing in me.”

She added: “This was the greatest tour of my life and I will cherish this moment forever—it took a long time for me to heal, but I did.

“Sure, OF COURSE, I wanted to sing rain on me for you in the rain. “I’d rather be dry, but at least I’m alive”—I guess somehow I knew this moment would happen and I am so grateful to you, my dancers, my band the whole crew everyone my family and friends.”

Last weekend, Gaga’s concert at Los Angeles’ Dodger Stadium was filmed for a mystery project. News that the gig was being filmed by 30 cameras pointed at the audience emerged after Gaga posted a thank you to her fans on her social media.

“52,000 people. Sold out. 30 cameras pointed at you and one take,” Gaga tweeted after the show, sharing a fan video of fireworks exploding over Dodger Stadium to wrap up her performance of her and Ariana Grande’s hit, ‘Rain On Me’.

Reviewing the London leg of the ‘Chromatica Ball’ tour, NME wrote: “Tonight underlines her unique place in the pop pantheon: the missing link between showstopping ’80s icons like Madonna and Prince, and today’s more open and vulnerable superstars. “Thanks for loving a weirdo like me,” she says at one point, before adding modestly: “I’m really nothing special.”

“She’s right on the first point – only a wonderful weirdo could conceive a show like this – but off the mark on the second. On this evidence, Lady Gaga continues to be an incredibly special performer: one with the guts to match her gumption.”