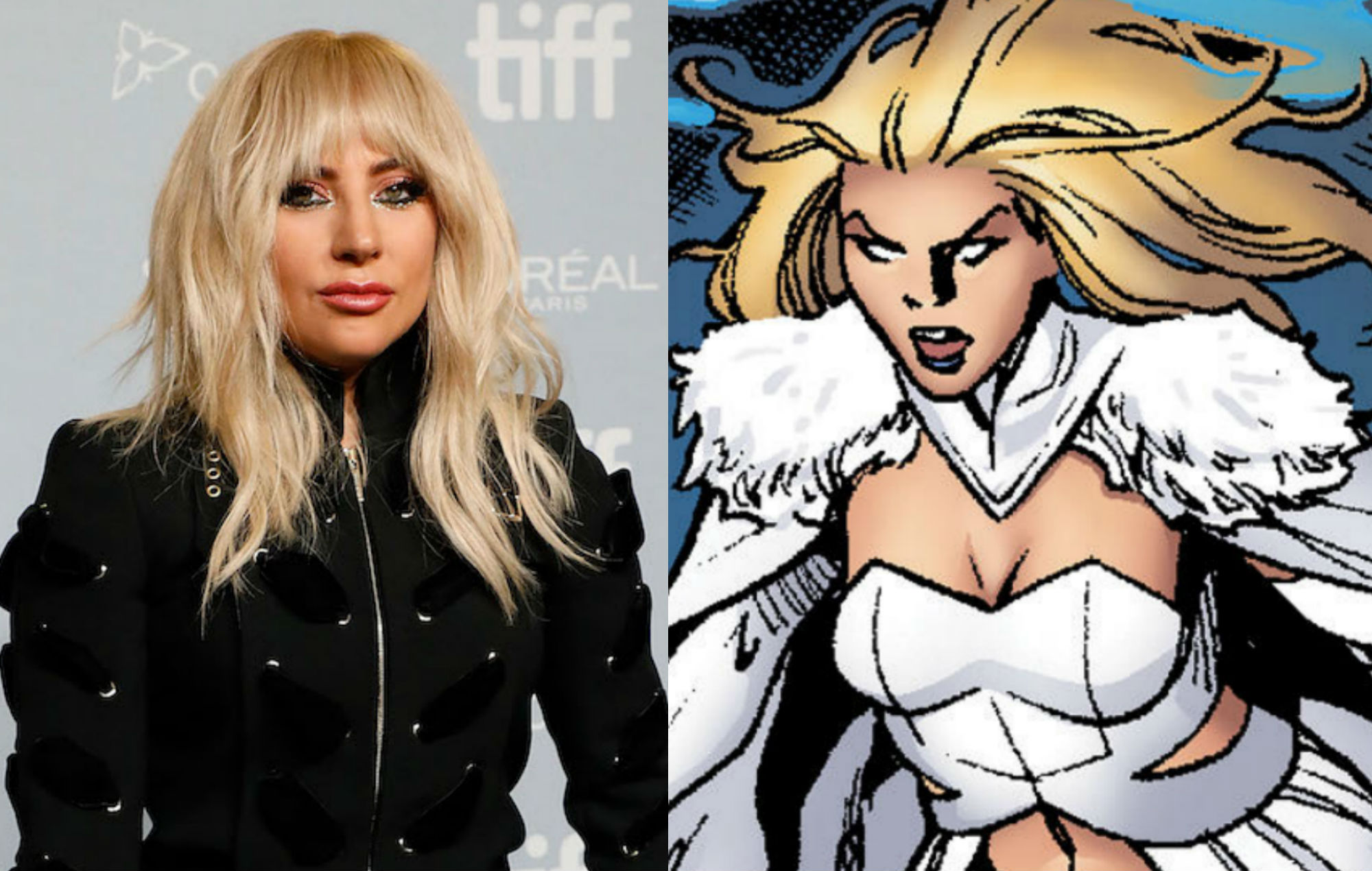 Lady Gaga reportedly being lined up to play X-Men character

Lady Gaga is reportedly being lined up to play X-Men character Emma Frost – aka the White Queen – in an upcoming movie.

The ‘Stupid Love’ singer has made a few successful steps into the world of acting in the past, winning a Golden Globe for American Horror Story: Hotel, as well as a Best Actress Oscar nomination for A Star Is Born.

Now, according to We Got This Covered, Marvel is keen to have her appear as Frost when X-Men moves to the Marvel Cinematic Universe.

The character, who evolves in the comics from an X-Men foe to core member and leader of the group, is known for her telepathic abilities and dry wit.

Frost was previously played by January Jones in 2011’s X-Men: First Class, though the portrayal was criticised as being disloyal to the comics.

Gaga isn’t the only music star to be linked to the world of X-Men, with Janelle Monáe recently expressing interest in playing Storm.

“I definitely have thrown it out there,” Monáe told Empire. “One of my dreams has always been to play Storm. I don’t know if she comes in Black Panther, but it would be a dream to have her in it. I don’t know where they are with that.”

She added: “A lot of women have played Storm and they’ve done an exceptional job, and I would love to be in that line of artists and get to do Storm justice.”

Meanwhile, Gaga recently won a number of awards at the MTV VMAs last month, including Artist Of The Year and the first-ever Tricon Award.

While accepting the latter, she offered a message of hope, saying: “I wish for you to think right now of three things that define who you are and take a moment to reward yourself for your bravery.

“This has not been an easy year for a lot of people, but what I see in the world is a massive triumph of courage. I also hope people at home that have big dreams, they see me here today accepting this award and know how grateful I am – I want you to know you can do this too.”

Gaga added: “Just because we’re separated right now and culture may feel less alive in some ways, I know a renaissance is coming and the wrath of pop culture will inspire you and the rage of art will empower you as it responds to hardship with its generosity and love. This is what I believe.”