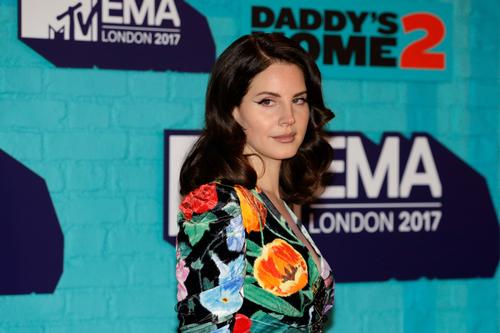 Lana Del Rey, known for her spacey musical compositions that have featured collaborations from hip-hop superstars like The Weeknd, A$AP Rocky and Playboi Carti, is in a whole bunch trouble with the attorneys representing living musical legends Radiohead. It seems the band and their representatives believe that Del Rey may have been a little too “inspired” by their 90’s classic “Creep” and are taking swift legal action as a result.

The songstress, who has been romantically linked to G-Eazy in the past as well, admitted that the rumors a lawsuit were true, explaining things in detail over Twitter:

“It’s true about the lawsuit,” she said. “Although I know my song wasn’t inspired by ‘Creep’, Radiohead feel it was and want 100% the publishing – I fered up to 40 over the last few months but they will only accept 100.” Unfortunately, that wasn’t enough to appease the opposition, but Del Rey isn’t about to back down. “Their lawyers have been relentless, so we will deal with it in court,” she added.

While Radiohead haven’t ficially commented on the lawsuit as a band, they’re definitely nowhere to be found in the credits. Only Del Rey, Kieron Menzies and Rick Nowels are seen in the credits for the track, which is f the Lust For Life album. Listen to both below and judge for yourself.