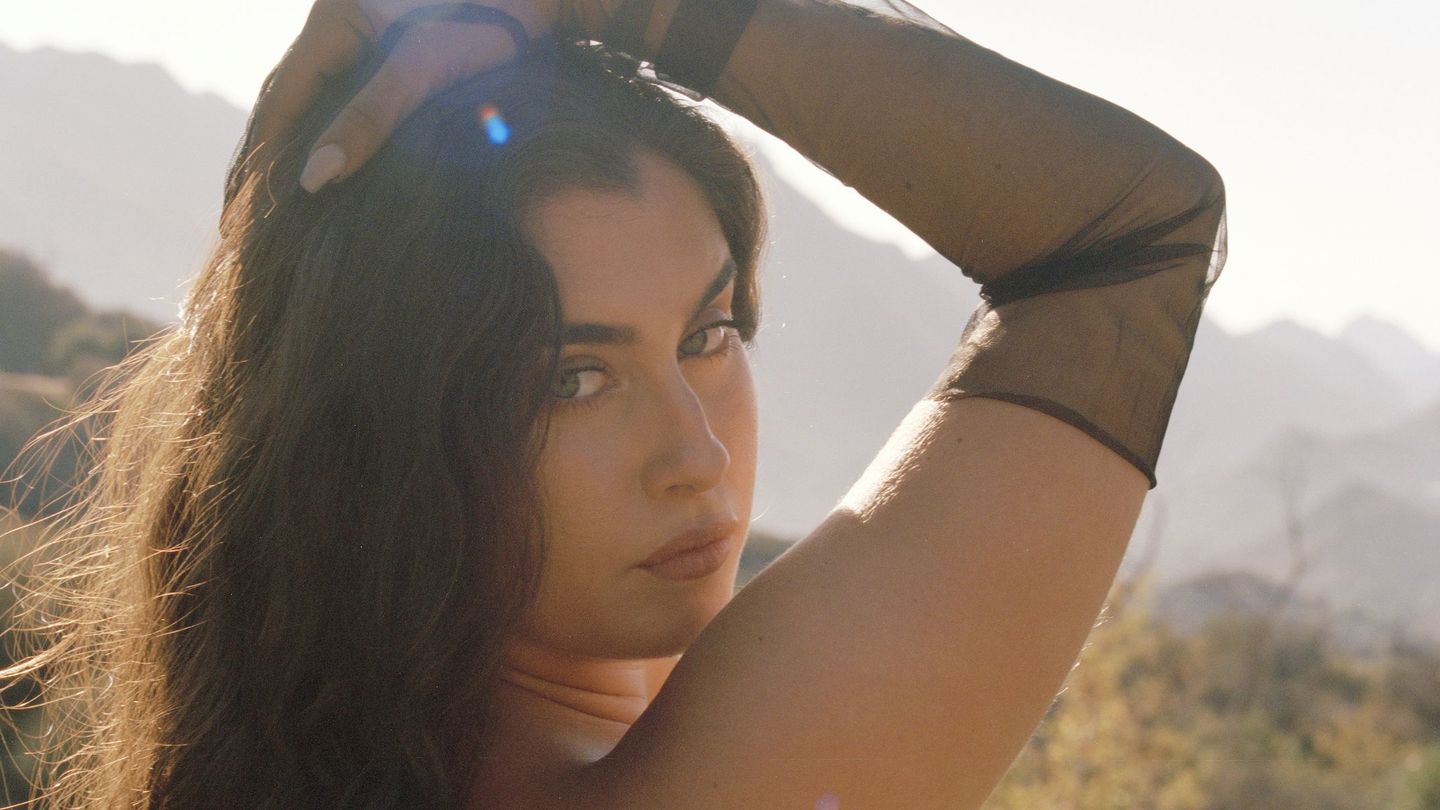 Lauren Jauregui Shows Her Own Colors

In the three years she has spent navigating the music industry as a solo artist, Lauren Jauregui has explored new sounds and discovered the strength in her struggles. On “Colors,” a gauzy and personal new song that ends with the 25-year-old reciting a spoken-word reflection, she reveals: “Creator’s watching, I know that much / Sat me down and told me to stop watching, start doing.” These lessons, coupled with a newfound determination, encompass her intimately vulnerable debut EP, Prelude, released on November 5.

“I would say they’ve been very healing and introspective,” Jauregui says over Zoom about her solo years after her group, Fifth Harmony, went on indefinite hiatus in March 2018. “I’ve been very much in my own little cave of thoughts and experiences, and just figuring out what makes me happy, what brings me joy, and moving unapologetically in that truth.”

As she embarked on her own journey, Jauregui signed a recording contract with Columbia Records while collaborating with Steve Aoki and Halsey across EDM and dance-pop. These different songs and styles allowed her to meditate on her own identity, especially on the bisexual anthem “Strangers” with Halsey. A few months after departing 5H, Jauregui appeared as a boxer in the song’s music video. Like two jilted lovers meeting in the ring, the pop stars duked it out in an emotional brawl. It remains a fond memory and a key career moment for her. “That’s what we do! I’m out here representing my bisexual babies and the whole alphabet crew,” she says. “We love you all!”

Jauregui’s smoky debut solo single “Expectations” arrived shortly after, in 2018. She released a few more singles into 2020, including the alluring “More Than That” that saw her dabbling in trap beats and the tropical bop “50 Ft.” At the same time, Jauregui started experimenting in Latin music with Puerto Rican producer Tainy and his Neon16 label. She was able to reflect on her Cuban roots in songs like the sensual “Lento” and “Nada” with Spanish rapper C. Tangana. The latter featured on Tainy’s mixtape The Kids That Grew Up on Reggaeton.

“I love them so much!” Jauregui says of her collaborators. “Neon16, as a company, they have so much talent. They’re such hustlers and they’re so dedicated to bringing the Latino voice outside, especially the American Latino voice — that melding of cultures. They’re like my brothers, especially Tainy. Tainy is a really good-ass human being and a really talented human, and when those two things meet, those are my people.”

After experiencing “creative differences about what my trajectory was as an artist,” Jauregui parted ways with Columbia in 2020. That makes Prelude, a dreamy yet moody collection where Jauregui wears her heart on her sleeve, her proper introduction as an indie artist; she released it under her own label Attunement Records, which she founded in October. Through the different writing and recording sessions she was part of, Jauregui made sure to stay in touch with the artists and industry folks that she met on her solo journey. Rappers Vic Mensa and 6lack feature on the EP. “I really needed the freedom to explore and do what I felt was my creative vision,” she says. “I needed to do that without impediment and without doubt, and fear, and lack of belief around me.”

Jauregui kicked off the Prelude era last month with “Colors.” The heartfelt ballad is like Jauregui’s pep talk to herself as she gets ready to embark on this new journey in her career. She calls it the “thesis” of the seven-song EP.” It’s me having that conversation with myself very intimately and very vulnerably about needing myself to show up for myself in order to do what I had to do,” Jauregui says. “Like, ‘Hey, you can do this, and I need to understand that even when everyone else is gone, you can’t fall apart. You and me are here to the end.'”

In the past, Jauregui has talked openly about her own mental-health struggles. She touches on the topic in her new single “Scattered” with Mensa. In the jazz-infused, R&B ballad, both artists sing about the stigma of recognizing and seeking help for the emotional demons that they’re battling. “Gloves on, match met / God makes Her bet,” she sings while bracing up.

“Art is my catharsis,” Jauregui says. “Art is the way that I make sense of life, what I’m feeling, and what I’m experiencing. One of those things that I was going through a lot of in the group and outside of the group was anxiety and depression, which I found stemmed majorly from just this inner conflict that I had with deservability. Like deserving to feel safe, deserving to feel taken care of, deserving a trustworthy team that isn’t going to do something behind my back. I had to relearn how to live in joy and how to make that constant in my life. I’m grateful to create things that people can listen to and feel less alone. I want them to be able to sit with the songs and feel like [they’re] a sonic hug from me.”

“Malay and I super vibed and clicked, first of all as people — he’s a really beautiful person — and second, as creatives,” Jauregui says. “Timbo was amazing! He was another person who respected what I had and what I was giving sonically and lyrically. I was like, ‘Damn, bro, you’re an OG!’ So it was really cool to work with him.”

As the EP’s title suggests, Prelude is an introduction to Jauregui’s debut album that’s due out next year. She will be performing songs from the EP and possibly a few other new ones in her intimate concerts towards the end of November through December in Los Angeles, San Francisco, New York, Chicago, and Miami.

“The music that’s coming, there’s a bit more rhythm to it. There’s a bit more movement, a chance to shake your ass a little bit. It still has a uniqueness in the way that I put it together. It’s got more flow. It’s still emotional though,” Jauregui stresses. “You’re still going to get mad emo lyrics from me.”