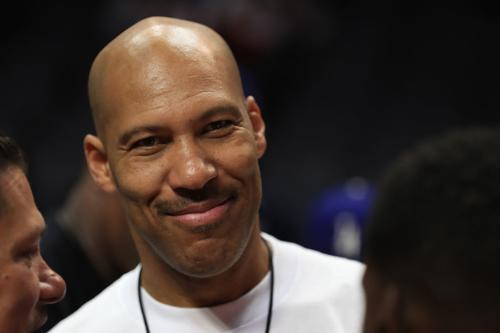 LaVar Ball: Lonzo Won't Re-Sign With Lakers If They Don't Sign His Bros

LaVar Ball has always dreamed having his three sons, Lonzo, LiAngelo and LaMelo playing in the NBA for the same team. With Lonzo already playing for the hometown Lakers, that’s where LaVar envisions Gelo and Melo playing in the future, once their Lithuanian experiment is over.

However, if the Lakers refuse to sign Lonzo’s younger brothers, LaVar Ball says the 20-year old point guard will leave the team once his rookie contract is up.

According to Lithuania reporter Donatas Urbonas, LaVar says Lonzo will go to any team that will take all three the Ball brothers.

“I want all my three boys to play for the Lakers. But if that does not happen. I’m telling you the story what’s gonna happen first. If they don’t take Gelo this year, I bring back Gelo here (Prienai) to play with Melo for two years. Lonzo will be on his third year and I want let every NBA team know that Lonzo is not going to re-sign with the Lakers but will go to any team that will take all my three boys. That’s my plan.”

Naturally, there are some issues with LaVar’s plan. Most notably, the Lakers can pick up the option on Lonzo’s fourth year before he become a restricted free agent, so the master plan would have to wait longer than Lonzo’s third year. In fact, the Lakers have the team-option in 2019-20 for $8.7 million and another in 2020-21 for $11 million, according to ClutchPoints.

Another glaring issue in LaVar’s dream scenario is the fact that NBA scouts have zero interest in signing LiAngelo Ball.

Check out LaVar’s full comments in the tweet below.