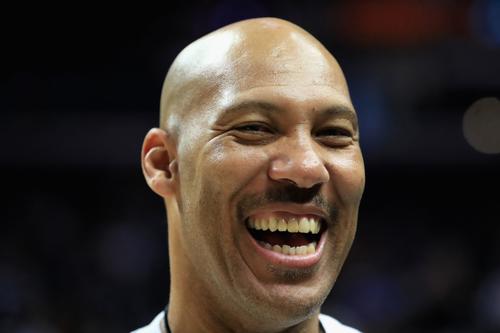 LaVar Ball Swarmed By Reporters Upon Arrival In Lithuania

The Big Baller Brand era in Lithuania has ficially begun.

LaVar Ball and his sons, LaMelo and LiAngelo, finally arrived in Lithuania today at the Vilnius airport and they were quickly greeted by a mob reporters and fans with their cell phones and cameras at the ready. It’s a scene the Ball family is all too familiar with and can expect much more now that they’re overseas.

RELATED: LaVar Ball Says LaMelo & LiAngelo Will Be Headed To LA Lakers After “A Hot Minute” In Lithuania

Vytautas head coach, Virginijus Seskus, told ESPN’s Jeff Goodman that he expects that they “will play a lot.”

Check out some the footage the Ball family’s arrival in Lithuania below.

TMZ Sports caught up with the Big Baller yesterday before he boarded a flight bound for Lithuania, and he once again reiterated that all three his sons will be playing for the Lakers before long.

“We’ll go over there to Lithuania] for a hot minute just to let ’em know before these boys get on the Lakers,” LaVar said, per TMZ Sports. He added that the expectation is for his boys to dominate overseas for “less than a couple years” before returning to L.A. to reunite with their older brother Lonzo.