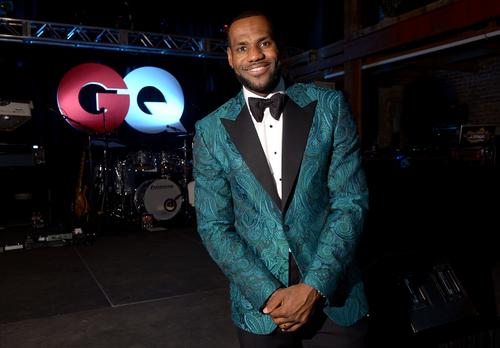 Earlier today, H&M caught major flack after they posted a highly fensive listing on their website a young Black child wearing a shirt that says, “Coolest Monkey In The Jungle Gym.” The company has since made a public apology over the clothing and pulled down all their ads from their outlets. However, the damage has already been done and many aren’t willing to let them slide that easy including LeBron James.

LeBron James hit Instagram earlier today to publicly put H&M on blast for their outrageously racist campaign. The famed ball player posted an edited version the child which has an animated crown over his head and crosses out the original print on the shirt for a crown in a white box logo. Above the child’s head reads, “King Of The World.” While James took a moment to denounce the company, he followed it with an uplifting message to the boy in the photo.

“@hm u got us all wrong! And we ain’t going for it! Straight up! Enough about y’all and more what I see when I look at this photo,” he wrote, “I see a Young King!! The ruler the world, an untouchable Force that can never be denied!”

Along with LeBron James, The Weeknd also made a statement earlier today to say that he won’t be working with H&M anymore. The singer’s XO brand and H&M previously collaborated for a spring and fall collection in 2017.