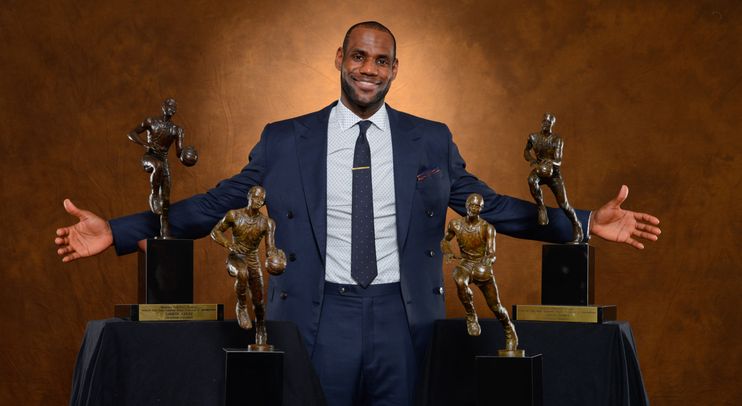 Remember when Kevin Durant took his talents to Golden State and everyone was like "that ain't right."

What if Lebron James did the same thing this coming fseason?

ESPN is reporting that James, who can opt out his Cav's deal, would consider Golden State if the price is right.

Creating that cap space for a James max deal would mean shipping out either Klay Thompson or Draymond Green and then ditching high paid role players like Andre Iguodala and Shaun Livingston.  Kevin Durant would also probably have to take another discount on his next deal.

But this could all be achieved through trades, possibly directly with the Cavs.

A team with a core Stephen Curry, Durant, James and Green would be amazing to watch.

They would be a little hard to pull for, though.