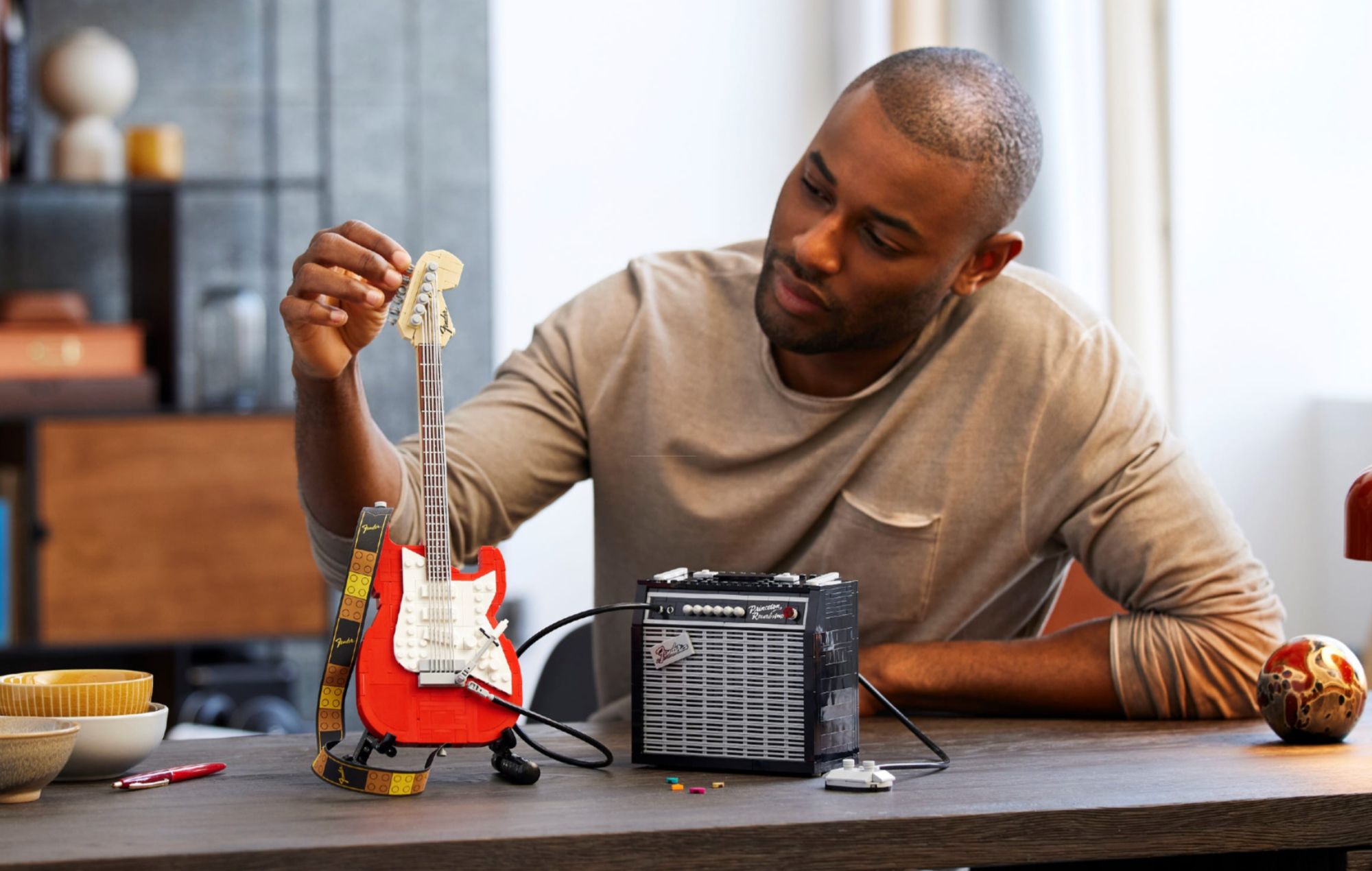 LEGO teams up with Fender for 1,000+ piece Stratocaster set

LEGO has locked in a release date for its official set replicating the iconic Fender Stratocaster, based on a design that won the company’s 2020 LEGO Ideas competition ‘Music To Our Ears’.

Initially revealed last October, the kit was conceptualised by Slovakian fan Tomáš Letenay, who said in a press release: “I used to play electric guitar when I was a teenager and I always dreamed of owning a Fender Stratocaster – but I could never afford it.

“The competition on LEGO Ideas gave me the chance to create it in LEGO bricks. The Stratocaster was my gateway into music and I love seeing my LEGO design with the stand. I am hoping that other guitar fans get as much joy out of building it as I have.”

With a price tag of £90, the LEGO Fender Stratocaster will be available starting Friday October 1. Take a look at a video highlighting some of its key features below:

Available in red and black colourways, the LEGO Strat features a range of accoutrements accurate to the actual instrument, such as adjustable tuning pegs, six strings, three single-coil pickups, a five-way selector switch, and a tremolo setup equipped with a whammy bar.

In addition to the guitar itself, fans will be able to build their own Princeton Reverb amp to sit alongside it, with design-accurate features like the amp’s mesh housing and dual input channels. It also comes with a LEGO brick-themed guitar strap, instrument cables, a stand and an effects pedal, with the kit as a whole totalling 1,074 pieces.

Alongside Letenay’s comments, Federico Begher – VP of Global Marketing at the LEGO Group – said: “The Fender Stratocaster guitar is iconic and has been at the heart of so many incredible songs over the years. We know many of our fans are passionate about music and we hope they enjoy the attention to detail in not only the guitar but also the accessories, such as the strap and the amp.”

LEGO have released an expansive suite of fan-designed sets in years past, including ones based on Seinfeld, Friends, Sonic The Hedgehog and The Beatles.