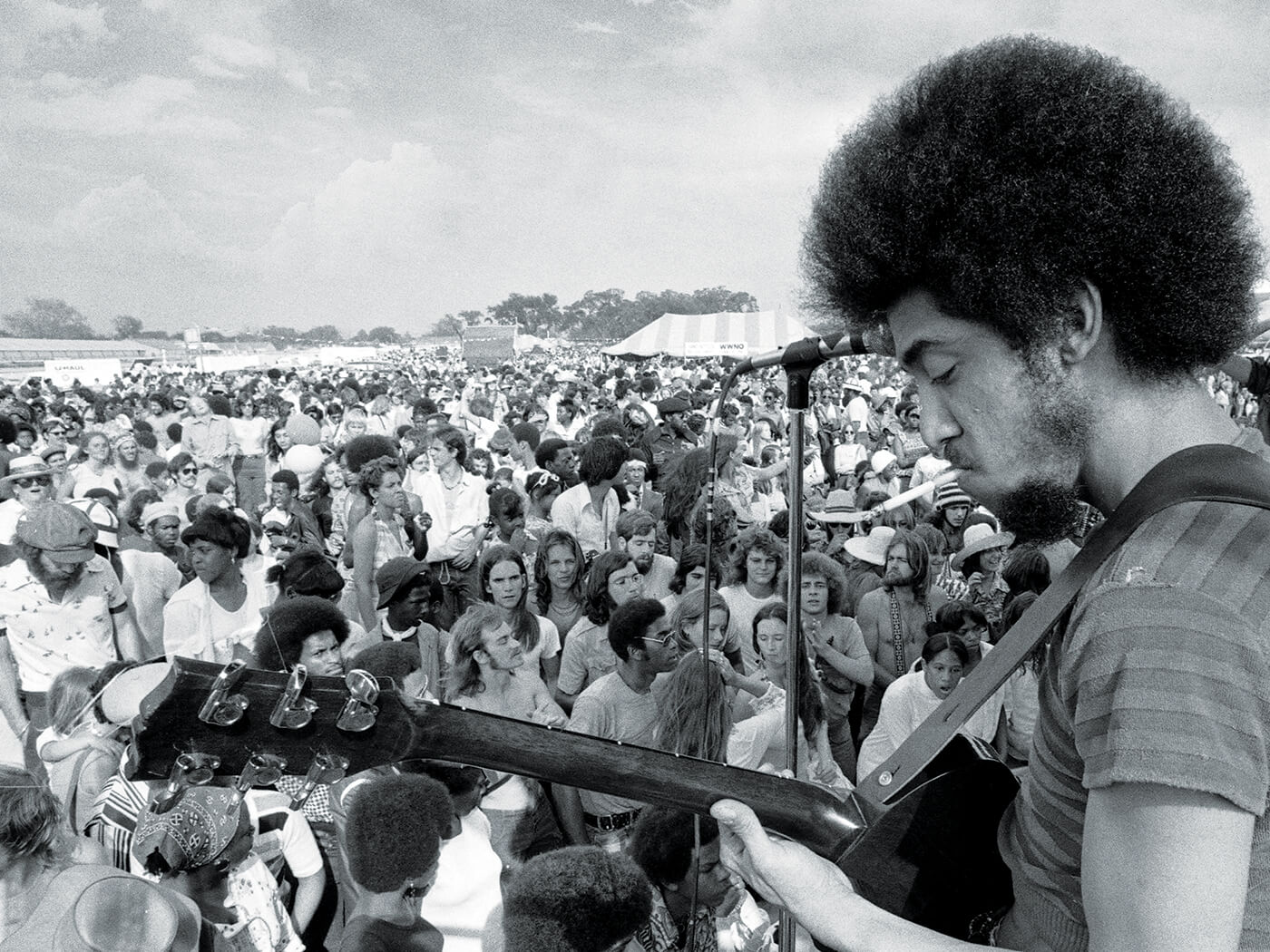 Leo Nocentelli – Another Side

Though every cratedigger dreams of such moments, few enjoy the exhilaration Mike Nishita, Money Mark’s brother, felt in January 2018 after his latest visit to The Roadium, a swap-meet in Gardena, California. Digging through a haul of reel-to-reel tapes, he noticed many came from Sea-Saint Studios, the New Orleans establishment co-owned by legendary songwriter and producer Allen Toussaint.

Plenty of this material, Nishita discovered, was rare, some entirely unreleased. Among its most precious treasures were recordings marked with the name Leo Nocentelli, founding member and lead guitarist of Toussaint’s house band, The Meters. Contacted by The LA Times 18 months on, Nocentelli was shocked. “Those,” he said, “are tapes I thought were destroyed.” They nearly were: Nishita soon learned they were rescued after the studio was swamped by 2005’s Hurricane Katrina.

Nocentelli hadn’t intended them to be shelved but, as the ’70s unfolded and his band enjoyed increasing success, they were set aside, then presumed lost. Their rediscovery is a revelation. Though his accompaniment displays the same restraint from which The Meters benefitted, and his technique remains unmistakable, Nocentelli plays a nylon-stringed guitar on 10 tracks owing as great a debt to folk as funk. He calls it “my country-and-western album” and, though misleading, this indicates how far they are from his day job’s work. Had these songs been available in 2002, one might even have assumed Beck had modelled parts of Sea Change on them.

Another Side opens with “Thinking Of The Day”, a quiet, shuffling tune of exquisite longing, and “Riverfront”, a tale of poverty inspired by stories Aaron Neville shared of dock work, its initial acoustic blues soon replaced by a groovier shuffle. “Give Me Back My Loving” is more upbeat still, while Toussaint’s keyboards lend “I Want To Cry” an enviable soulful warmth matched by Nocentelli’s rich vocal on “Getting Nowhere”. His falsetto on its most ‘rock’ track, “Tell Me Why”, could meanwhile have echoed through Laurel Canyon. In fact, Another Side displays the effortless intimacy of Bill Withers and – to name another artist ‘salvaged’ by Light In The Attic – Rodriguez. Cold Fact’s “Crucify Your Mind” could certainly have been cut from the same early-’70s cloth as “Pretty Mittie”, a character study whose spoken introduction would also have suited Lee Hazlewood’s Trouble Is A Lonesome Town.

The album ends with a cover of Elton John’s “Your Song”, Nocentelli wailing “how wonderful life is while you’re in the world”, before breezily whistling us to a seemingly unresolved conclusion. Half a century after it was recorded, Another Side’s story finally achieves its own denouement and these words poignantly encapsulate its freshly unboxed, redemptive second life. If justification were needed for the loneliness of the crate-digger, here it is.