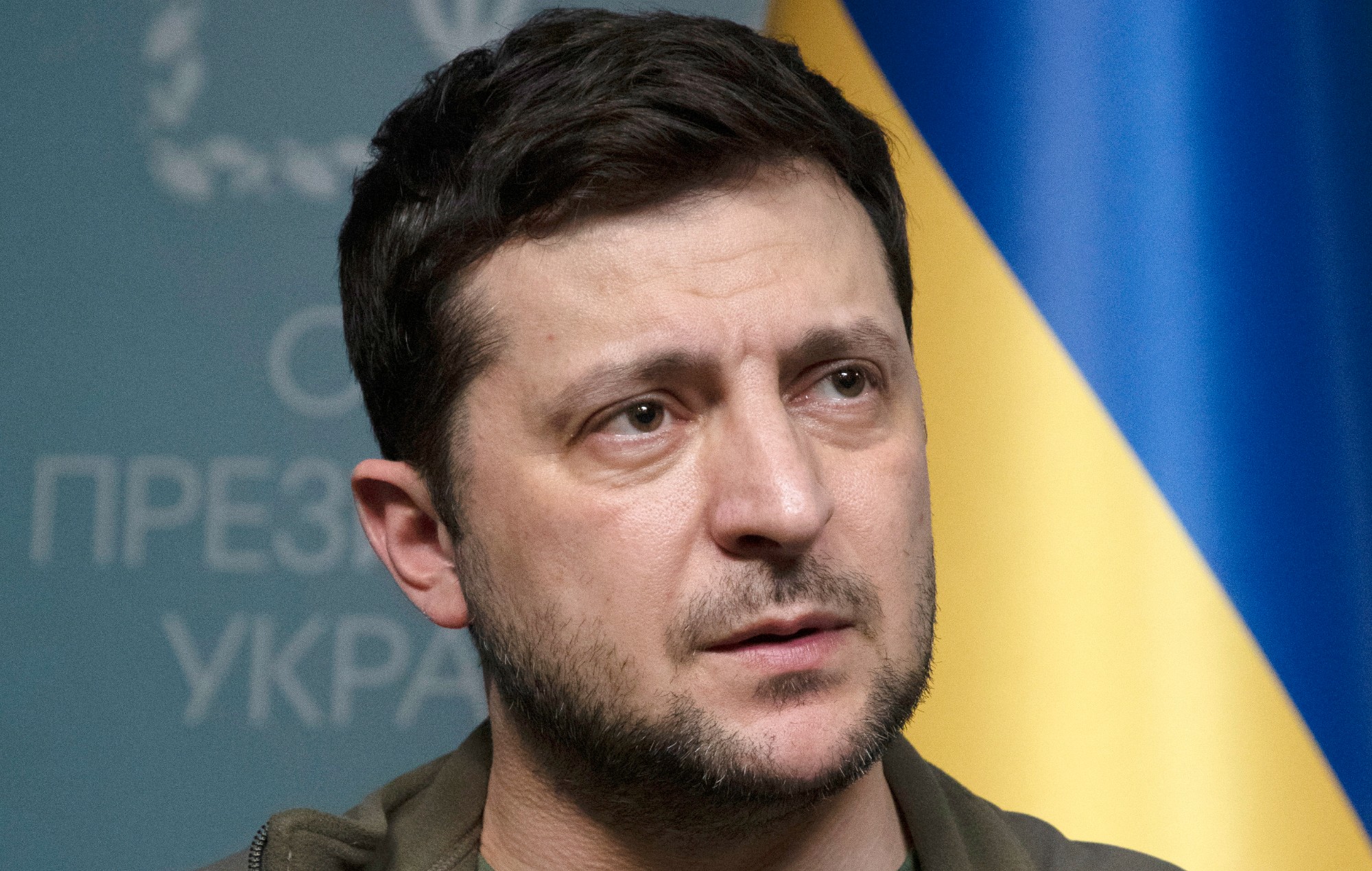 Les Claypool and Eugene Hütz share tribute song to ‘Zelensky: The Man With The Iron Balls’

Primus‘ Les Claypool and Gogol Bordello’s Eugene Hütz have shared a tribute song to Eukraine’s president Volodymyr Zelensky. You can listen to it below.

The lyrics of the song hear the collective sing: “One person can make a difference/ Be they short, thin, fat, or tall/ That person can live with dignity/ If they stand with some iron balls.”

You can listen to the track here:

Speaking about the track to Rolling Stone, Hütz, who was born in Ukraine, said: “As soon as Russian aggression broke out, Les and I connected to address the catastrophe ASAP.

“We jumped on creating affirmative music that calls for unity and pays respect to the real doers in Ukrainian defence, such as President Zelensky, who demonstrated previously unheard of stamina and heroism.”

Claypool said the track “is not intended to be a song of condemnation,” but one of “unity.”

All proceeds from the track will go to Nova Ukraine, a non-profit organisation that provides humanitarian relief and support to the people of Ukraine.

“It is our way to show that heavyweights like Les, Stewart, Billy, and Sean stand with the people of Ukraine and the country’s sovereignty from the very start of Russian-led terror,” Hütz added.

Russian President Vladimir Putin ordered the country’s military to launch a full-scale invasion of Ukraine on February 24. The Office of the UN High Commissioner for Human Rights (OHCHR) has recorded 5,121 civilian casualties in the country: 2,224 killed and 2,897 injured as of April 20.

Ukrainian electro-pop duo Bloom Twins spoke to NME last month about the situation in their home country, describing it as “terrifying”. “It has really affected us,” singer Anna Kuprienko said. “We were only there two months ago. We were hopeful that this situation with Russia wouldn’t go where it has and that it would resolve.”

You can donate here to the Red Cross to help those affected by the conflict, and contribute to organisations that aid refugee reflief through Choose Love.