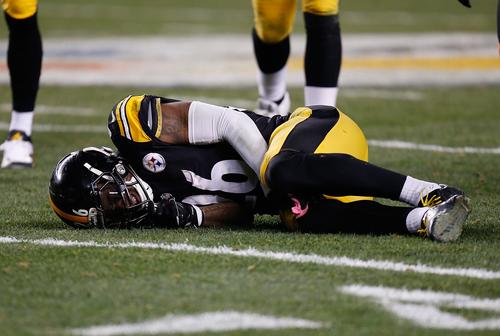 Le'Veon Bell Likely To Be Franchised By The Pittsburgh Steelers: Report

Despite threats sitting out the 2018-2019 season and/or going into retirement if they do so, the Pittsburgh Steelers are reportedly intent on using the franchise tag on star running back Le’Veon Bell.

As we reported last week, Bell said he’s “not going to settle for anything” when it comes to his next salary, adding “just get the numbers straight, exactly where we want them …] I know what I do and what I bring to the table. I’m not going out here getting the ball 400 times if I’m not getting what I feel I’m valued at.” According to the NFL Network’s Ian Rapoport, the Steelers’ brass aren’t taking too much stock in those ultimatums.

In addition to this, Jason La Canfora  CBS Sports says that Bell wanted a multi-year deal worth $16 million a year prior to the 2017 season, when he was initially the subject the franchise tag, and “is only going to seek at least that much now.” Should the Steelers use the franchise tag on him again in 2018, the resulting cap hit would be $14.54 million.

Bell played in 15 games during the regular season and finished with 1,291 rushing yards, 655 receiving yards and 11 total touchdowns. It was his second consecutive season with more than 600 receiving yards and 1,200 rushing yards, making him a huge threat alongside veteran quarterback Ben Roethlisberger. If Pittsburgh and Bell should become at odds over his next deal, it could weaken the team’s fense significantly.