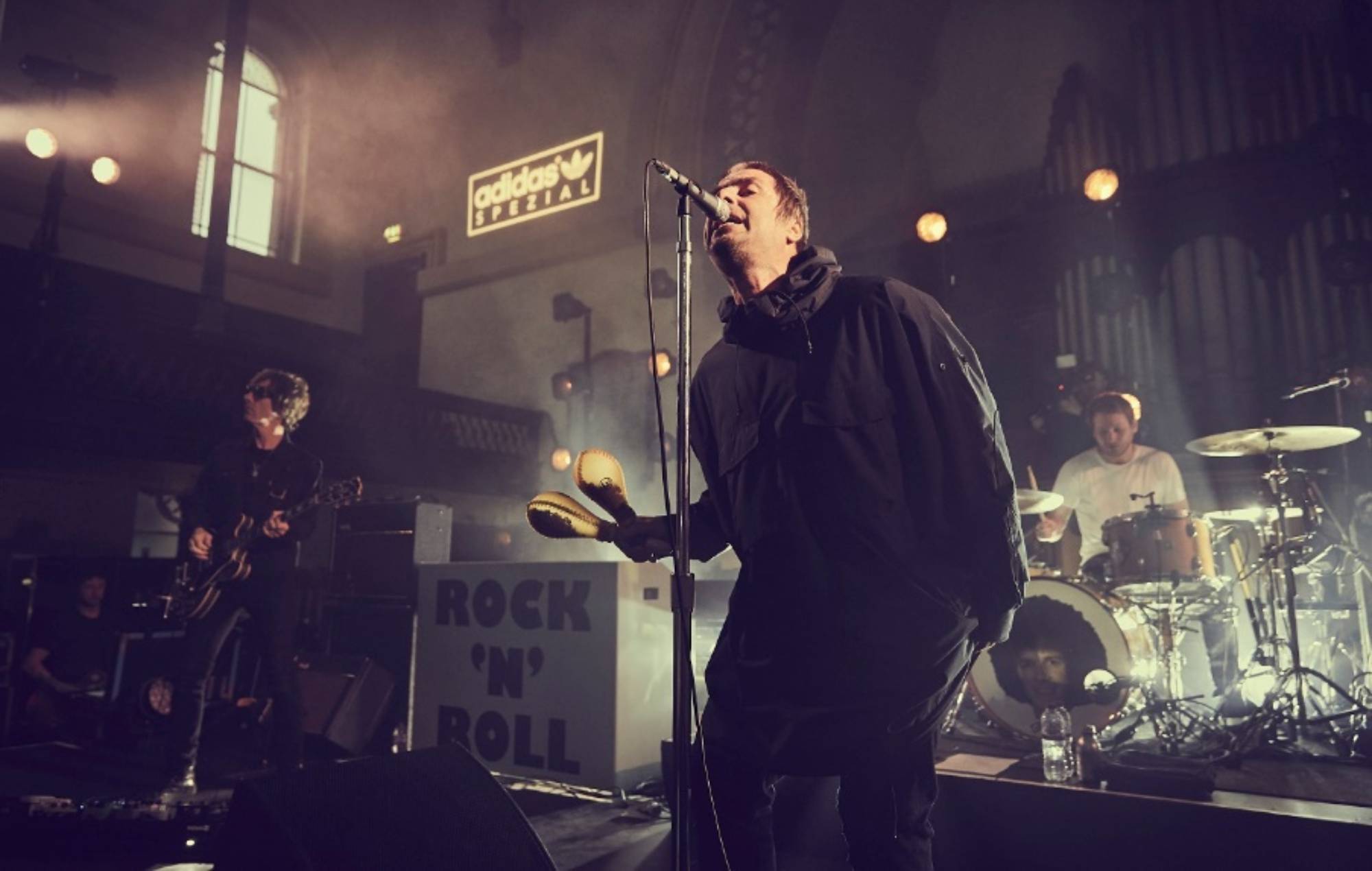 Liam Gallagher has announced his latest collaboration with Adidas and confirmed details of an intimate live show in Blackburn next week.

The former Oasis frontman previously linked up with the company back in August 2019 to launch a line of Spezial Shoes to celebrate the release of his second solo album ‘Why Me? Why Not.’.

Gallagher and Adidas are now set to launch the LG2SPZL trainers, with a release date for the shoes set to be confirmed soon.

The singer will celebrate the launch of the shoes with a special intimate show at the 1800-capacity King George’s Hall in Blackburn on April 27. Support on the night will come from the Blackburn quartet The Illicits, who are signed to Alan McGee’s Creation 23 label.

“I’m glad to announce my new collaboration with adidas Spezial,” Gallagher said in a statement. “It’s our take on the one and only Barrington Smash and it’s absolutely incredible.

“And if that’s not enough to blow your wig off, I’m going to be playing The King George’s Hall in Blackburn, Lancashire. All proceeds from the gig will be in aid of Nightsafe, a local homeless charity.”

Tickets to the Blackburn show will be available exclusively through a raffle on Adidas’ CONFIRMED app, with sign-up beginning at 3pm today (April 19) and closing at midnight on Friday (April 22).

Raffle winners will then be informed via a push notification at 8am on Saturday (April 23), and will have until 8pm on Monday (April 25) to validate their ticket via the app. All winners will receive a pair of tickets, and will be asked to donate £20 to the Nightsafe charity to confirm attendance.


Gallagher will release his new solo album ‘C’MON YOU KNOW’ on May 27. He’s set to play a number of UK and Ireland shows this summer, including two sold-out dates at Knebworth.