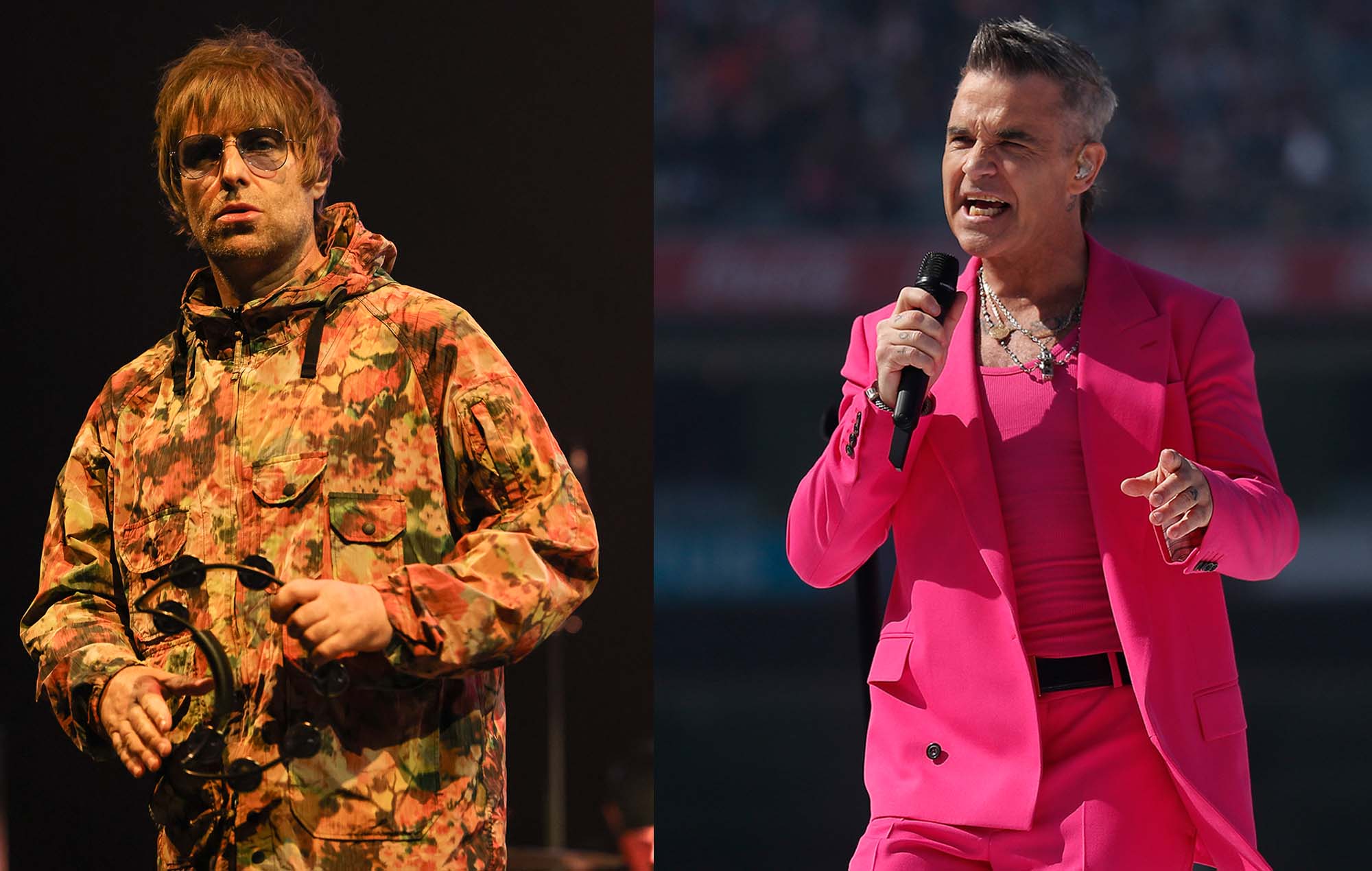 Liam Gallagher has responded to Robbie Williams’ recent comments that Oasis were “bullies” during their heydey.

Williams was speaking to Apple Music‘s Zane Lowe as part of a new interview about his recent Number One album ‘XXV’ and his music career. Asked about his relationship with Gallagher and Oasis, Williams said: “Ultimately, I’m a huge fan of Oasis and [always] was. I was there and I was part of it, and it was fucking unbelievable: incredible hedonism, reckless abandon and rock’n’roll, and ‘let’s turn it to 11, 12 and let’s see where this goes’. It’s part of that competitive nature of me, too.”

He continued: “Also they were gigantic bullies too, to the whole industry, everybody in it – and I didn’t like that. A lot of that still remains inside me. They’re probably different people now but there’s a lot of me that’s like, ‘They’re fucking bullies, them. I don’t like bullies’.”

Gallagher took to Instagram today (November 4) to respond to Williams’ comments and deny any accusations of bullying.

“I agree with him on the vital ting not on the bully thing,” he said. “I’ve never bullied anyone in my life I’m a massive piss taker for sure and probably gone a little too far sometimes, but if I’ve ever hurt anyone’s feelings I apologise.”

Elsewhere in the interview, Williams said that he felt Gallagher now “looks as though he’s changed” and that he found his personality “vital”.

“It’s so genuine, Liam’s last album that he put out: there’s like five or six tracks on there that are just like… I’m so glad he exists. I’m so glad that he is a personality out there that’s vital, because there’s not many of them about. And especially in this day and age where pop stars can’t say and do and be personalities, it’s fantastic that there’s a Liam Gallagher in the world.”

Last week, The Who frontman Roger Daltrey spoke about his hope that Oasis will one day reform.