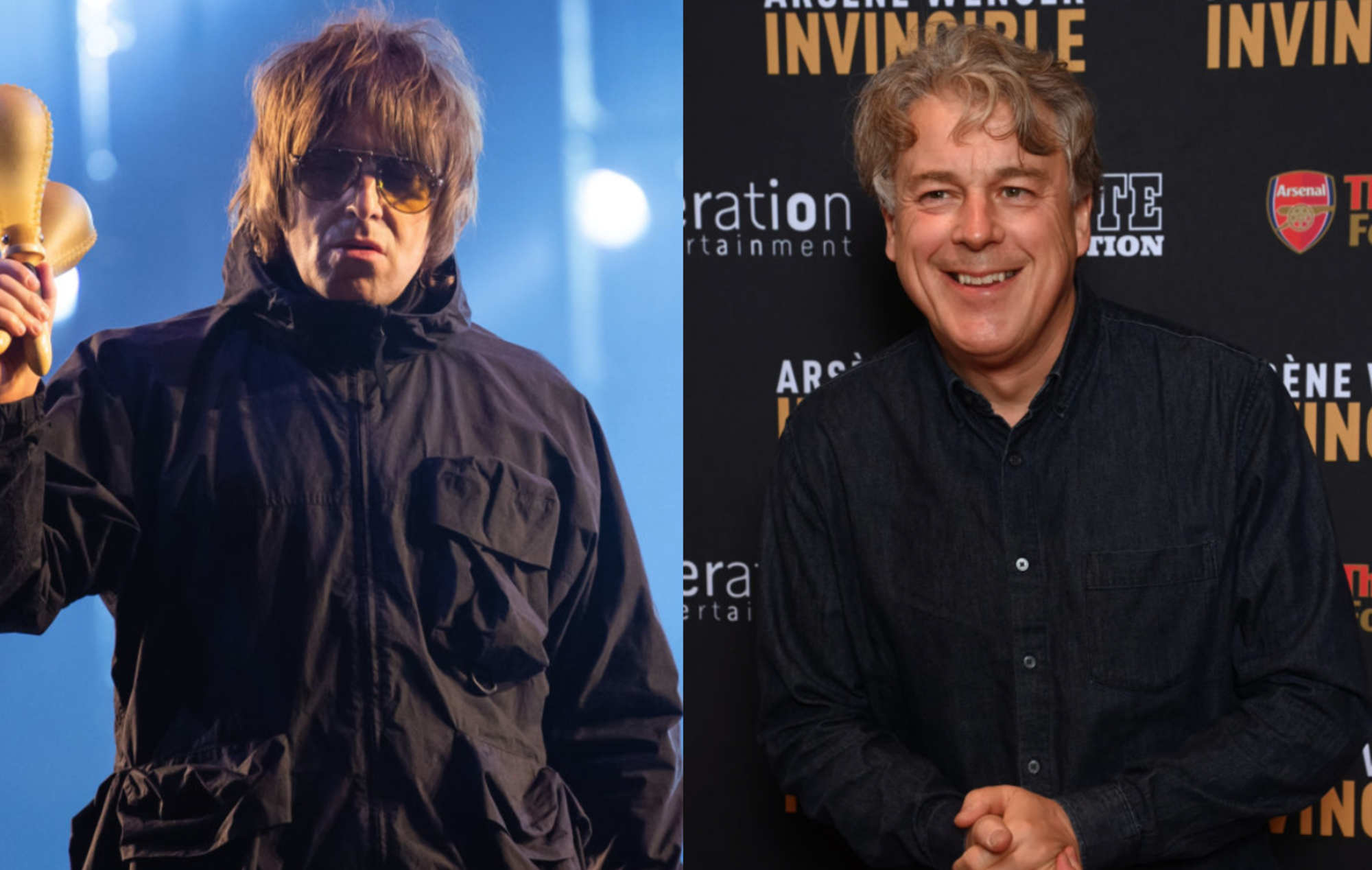 Liam Gallagher has taken aim at Alan Davies after the actor and comedian bad-mouthed his beloved Manchester City football club.

The QI and Jonathan Creek star, who supports Arsenal, slammed City on his Tuesday Club podcast earlier this week after they beat his team 1-2 on New Year’s Day (January 1).

“There is a stink of Manchester City in our league and I just wish this mob had bought a club in another league,” Davies said. “Go buy Borussia Monchengladbach, take them past Bayern Munich to the top of… whatever their league’s called, just do that… the Bundesliga. Do that, go buy someone else. Get out of our league. We don’t want your money.”

He continued: “Get out of our league, you’re not wanted here. You are not wanted. Sell up and leave. You’ve had your fun. Go away. No one want your oil bastard money.”

He then went on to have a dig at Jack Grealish, the England International who recently signed to City from Aston Villa. “You have a £100million moron gurning away on the bench, grinning at Arsenal fans basically taking the piss out of us… who’s happy because he can’t get in the side, you’re not even playing!”

He claimed Grealish had “ruined” his career, adding: “Why don’t [City] sell up and leave [the Premier League]? Can we have a vote? All 19 clubs, have a vote, get out, and play somewhere else.”

Gallagher, a known die-hard City fan, has since taken to Twitter to respond to Davies’ comments, and he didn’t hold anything back.

“Alan Davies you need to fuck off to another CUNTRY 1 where they ain’t got a sense of humour,” the former Oasis man wrote. “You’ll fit rite in you un funny spunkbubble MCFC LG x.”

Minutes after the tweet, which was posted in the early hours of Thursday morning (January 6), a fan asked Gallagher what he was having for breakfast. He replied: “Alan Davies.”

Earlier this week, Liam responded to the release of his estranged brother Noel‘s new song, calling him a “miserable arse”.

Noel marked New Year’s Day by sharing new demo ‘Trying To Find A World That’s Been And Gone’ as a preview of his upcoming new solo album.

Taking to Twitter to respond to the New Year’s message which accompanied Noel’s new demo, his brother and former Oasis bandmate wrote: “Miserable arse cheer up you billionaire.”

“Do you not think this is the year you guys finally make up Liam?” a fan then wrote in response to the tweet, to which Liam bluntly responded: “Is it fuck.”

Meanwhile, Liam recently revealed that his third solo album, ‘C’MON YOU KNOW’, is finished and has been sent off to be mixed.

The forthcoming LP – announced in October alongside two huge Knebworth shows – follows the former Oasis frontman’s first two solo releases, ‘As You Were’ and ‘Why Me? Why Not.’ It is set to be released on May 27, 2022.