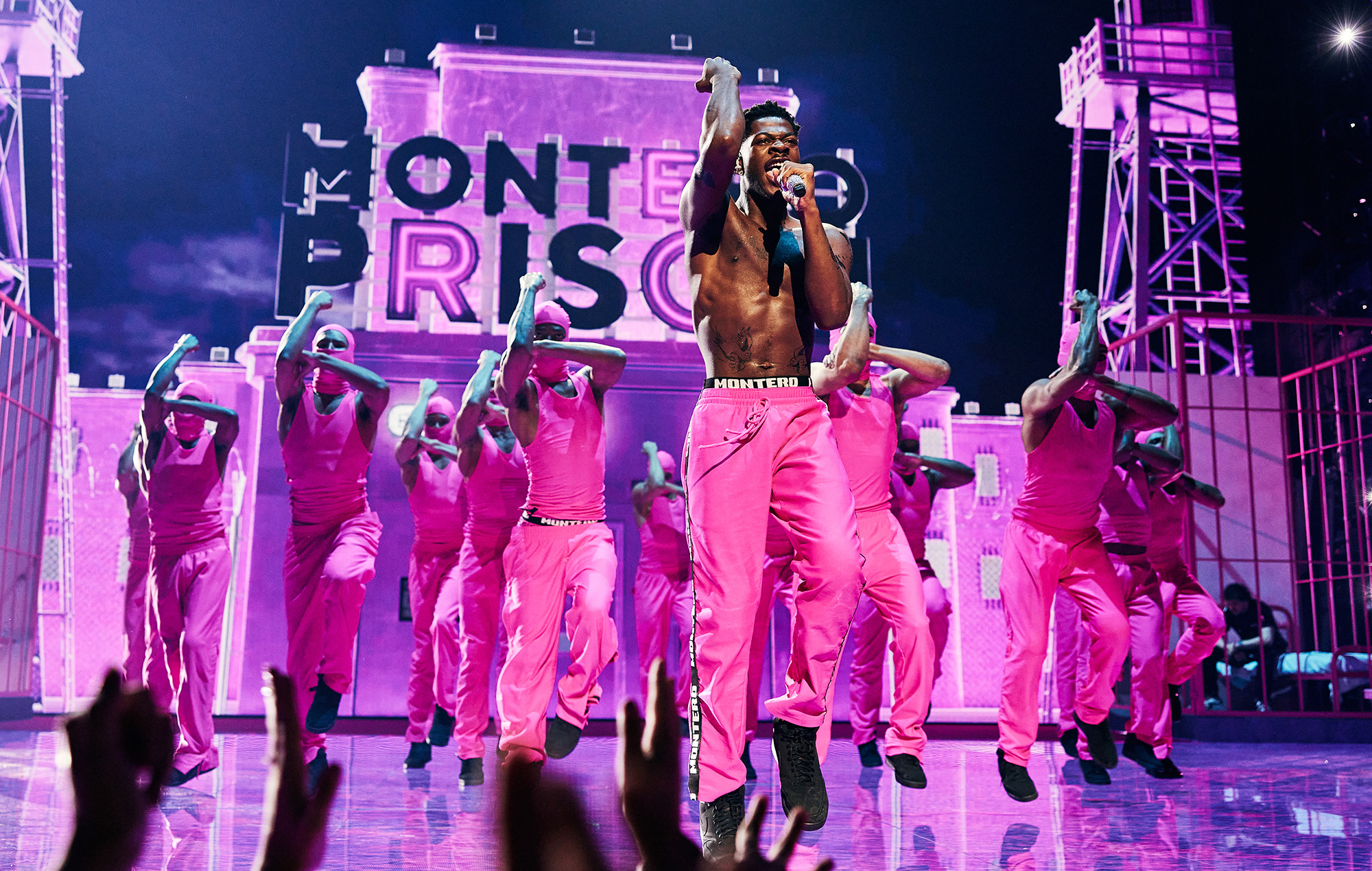 For the set, the rapper enters with a full marching band behind him, before taking off his shirt and performing in front of a Montero Prison backdrop. Harlow joins him on stage for his verse. Shortly before they wrap up the performance, the track transitions into ‘Montero (Call Me By Your Name)’.

Lil Nas X is up for five awards at this year’s VMAs ceremony, including Video of the Year, Video For Good and Best Direction, all for ‘Montero (Call Me By Your Name)’.

The artist’s live performance comes days before the arrival of his debut album, ‘Montero’ on September 17. The 15-track LP will include the title track, ‘Industry Baby’ and ‘Sun Goes Down’. In addition to Harlow, the tracklist also features collaborations with Megan Thee Stallion, Elton John, Miley Cyrus and Doja Cat.

“Creating this album has been therapy for me,” Lil Nas X tweeted back in August. “I’ve learned to let go of trying to control people’s perception of who I am, what I can do, and where I will be. I’ve realized the only opinion of me that really matters is my own.”