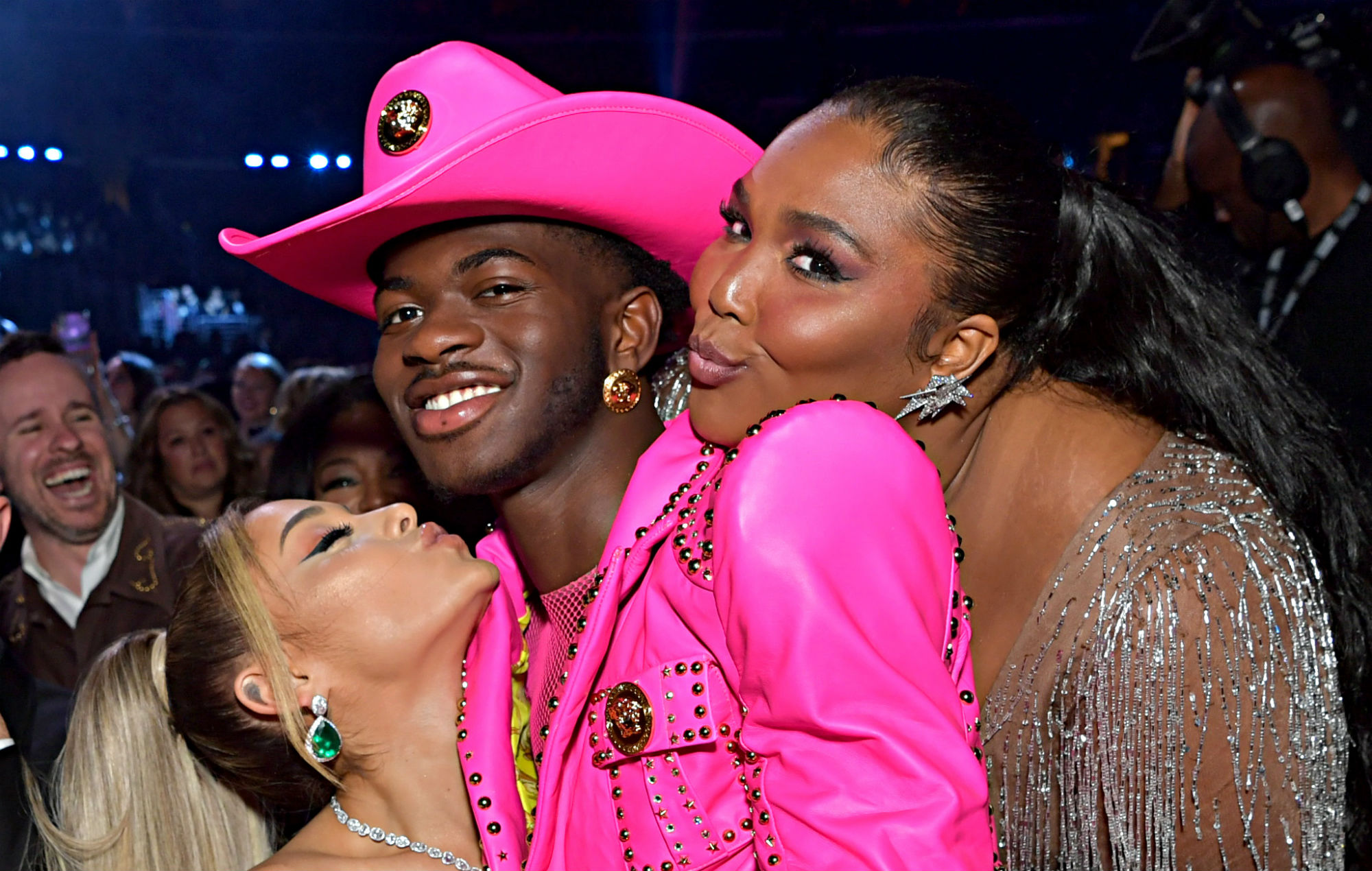 Lil Nas X has confirmed he’s been talking to Lizzo about a possible collaboration, saying: “I feel that is definitely going to happen.”

After their “crazy night out” together at a strip club following wins at the 2020 Grammys, Lil Nas X has confirmed that he’s been talking to Lizzo about a possible collaboration. “I was actually talking to Lizzo a few weeks ago [about this]. I feel that it’s definitely going to happen.

“It’s going to be a banger bop, everyone’s going to love it and [Radio 1 is] going to play it 3 billion times,” he added.

As part of his appearance on the Live Lounge, Nas X also performed three tracks from his recently released debut album including ‘Dead Right Now’ and ‘That’s What I Want’ before taking on the Dolly Parton classic ‘Jolene’.

Both Lil Nas X and Dolly Parton were recently featured on Time magazine’s list of 100 influential people for 2021.

Lil Nas X was lauded by Kid Cudi, who wrote: “What he’s doing is what we need right now. To have a gay man in hip-hop doing his thing, crushing records—that is huge for us and for Black excellence. The way he’s unafraid to make people uncomfortable is so rock’n’roll. He’s a true rock star.”


In a review of his debut album, NME wrote: “Lil Nas X has sometimes being accused of gimmickry and style-over-substance – ‘Montero’, meanwhile, sees him opening up on a more personal level, and asserting himself as an artist with serious creative pull.”