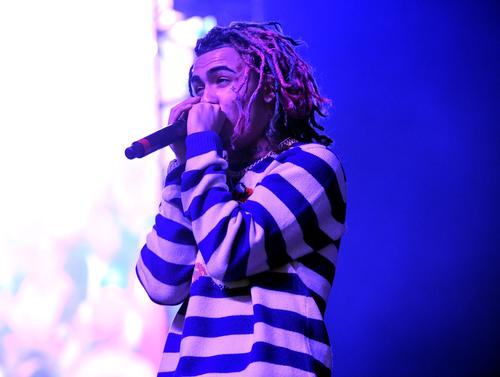 While for now this remains in the rumor stages, there are whispers that recent “Gucci Gang” sensation Lil Pump has left Warner Bros. The story was originally reported by Hits Daily Double, and later corroborated by Akademiks, who claims labels are stuck in a bidding war. While Lil Pump has proven among hip-hop’s more divisive new faces, he remains an undeniable streaming juggernaut; for some context, the aforementioned “Gucci Gang” has amassed almost two-hundred-and-fifty million streams on Spotify alone. Who’d have thought lyrics like “my lean cost more than your rent,” and “me and my grandma take meds” would resonate so deeply with today’s youth?

Suffice it to say, Lil Pump is proving among one the more bankable faces in hip-hop. While that’s a topic for another discussion entirely, Ak claims that Pump is fielding fers that range between eight and twelve million dollars. While a representative from Warner Bros has yet to confirm, it wouldn’t be surprising to see Atlantic in the mix. For now, it’s all purely conjecture, but where there’s smoke, there tends to be fire. For now, Lil Pump’s future remains uncertain.

While Pump’s abrasive antics and copious drug abuse have left many people feeling some type way, there’s something about his unapologetic ways that has amassed him a magnetic, cult-like following. Seeing him perform an unplugged version “Gucci Gang” in a parking lot while surrounded by adoring fans is undeniably raw, and one wonders what Lil Pump has left to fer the rap game. We’ll keep an eye out on Pump’s potential label change as the story develops.