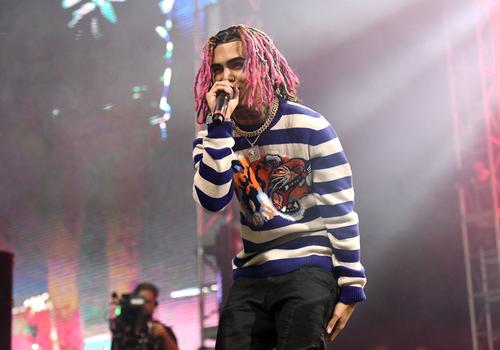 He may have left Xan use behind in 2018, but that doesn’t mean Lil Pump has removed himself from rap’s drug subculture completely.

In a new video that has been making the rounds on social media, the “Gucci Gang” rapper was spotted playing something called “lean pong,” a party game that is just as unfortunate as it sounds. You can check out the full video clip, taken from a Twitter repost, below.

The drug-infused mixture, which is popular in the Southern United States, was the center attention in a short clip shared by Pump during the wild night. “Listen up y’all, we playing lean pong 2018,” he said. “Poured up a whole four in the jar. Gotta fill up all the cups. 2018 lean pong.” This isn’t the first time the rapper has made a public display his love lean, with his “Gucci Gang” video getting a Catholic school in hot water for, among other things, allowing Pump to share imagery students accepting lean from him.

Lean has certainly been a polarizing topic in the hip-hop community for much the past year, following the increasing popularity its usage by many well-known rappers. From Lil Wayne to Young Thug and beyond, the personalities who consume it on a regular basis have come under fire for the bad habit, but it doesn’t look like that sort public outcry is ebbing lean’s usage rate.

For more Lil Pump news, including video him broadcasting the after effects his wisdom teeth removal, click here.