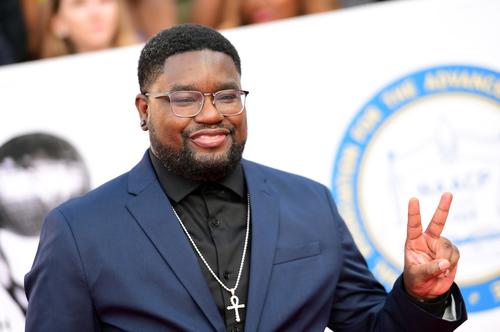 Chances are you’ve seen the Academy Award nominated Get Out by now, and if you haven’t, you should probably get on that. The Jordan Peele directed film has been nominated for four Academy Awards, including Best Picture, Best Director, Best Actor, and Best Original Screenplay. It’s hard not to root for the movie, as seeing a Get Out victory would be monumental for fans the horror genre; for some context, a horror film has never really won an Academy Award for Best Picture, unless you’re counting 1992 winner The Silence Of The Lambs. Is that really a horror movie though? Either way, it’s crazy to see Get Out getting the recognition it deserves, and actor Lil Rel Howery, aka Rod, has been enjoying the ride.

The scene-stealer recently stopped by Jimmy Kimmel’s show for an interview, discussing a variety topics. When Jimmy playfully chided Howery over his decision to rock the “Lil”, Howery stood by his decision, explaining the underdog story behind the moniker. “Lil Rel represents so much,” explains the actor. “I was a kid getting picked on…I was born in the ghetto, I got out it, and Lil Rel gon’ stay.”

Rel also reveals that he wasn’t included in the first batch Oscar guests, leading him to wonder if he would be invited at all. Kimmel, shocked by the revelation, promises to use his host privileges to get Howery in. Either way, it seems like Lil Rel is raking in the wins; Oscars or not, the actor received a personal invitation to Jay-Z’s Academy-Awards afterparty, and you know that’s not an honor to be taken lightly.