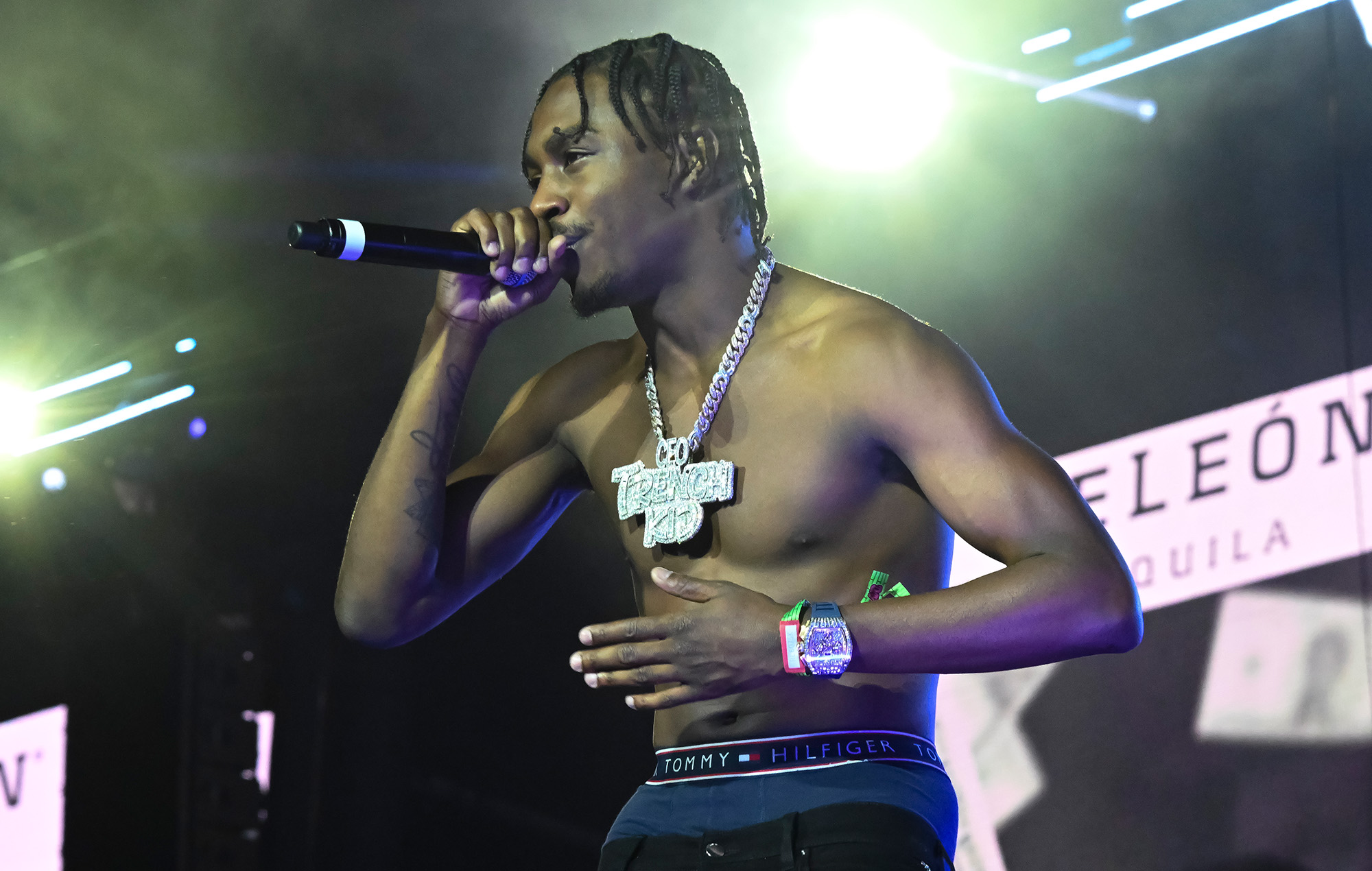 US drill rapper Lil Tjay is seen threatening a fan at his recent Manchester show after a water bottle was thrown at the stage, fan footage shows.

On Tuesday (November 16), Lil Tjay performed at the Manchester Academy as part of his ‘Destined 2 Win’ UK tour, which concluded in Glasgow, Scotland on Thursday.

The rapper stopped the show when the bottle was thrown. In fan-filmed footage that surfaced on social media, Lil Tjay is seen looking for the fan from the stage.

“Who wanna fight? Who gangsta enough to do that?” he announced to the crowd, before attempting to address the culprit: “You wanna fight? Pull up to the front. Swear to God.”

He directed his security detail to “bring him on the stage”. “I wanna show him how my hands really work,” he remarked.

Fan throws bottle at Lil Tjay and tries fighting him at his show 😳 pic.twitter.com/ab2QJhbHYh

A fan was then pulled from the crowd by a security guard and brought to the photo pit. The fan is shown to be slapped and manhandled before being escorted out of the pit.

Lil Tjay has been on a mad one since he stepped in the U.K.🤦🏾‍♂️ he literally got his security to hit a fan @liltjay pic.twitter.com/UqP3CoEBZN

According to HipHopDX, the incident happened days after a street altercation between the rapper and a group of individuals, which reportedly took place after a show in Southhampton earlier this month.


Last April, Lil Tjay released his second album ‘Destined 2 Win’. Before its release, the rapper unveiled his third EP, ‘State of Emergency’, in May 2020.

In NME’s two-star review of ‘State of Emergency’, Kyann-Sian Williams wrote that its “only state of emergency surrounds the genre-hopping Tjay’s apparent artistic identity crisis.”