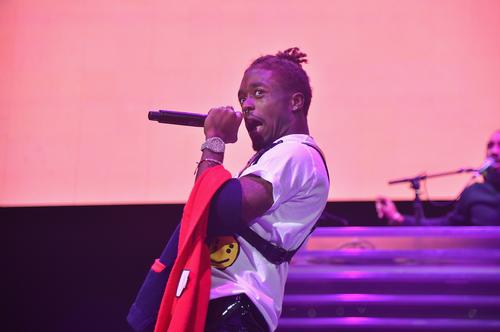 Lil Uzi Vert has announced that he will perform a free show in the Bay Area after canceling two San Francisco shows within a week each other. “Free Show In The Bay Coming Soon,” he wrote on Twitter Saturday night, acknowledging the disappointment he had caused fans through the double cancelation. “Love You From Your Favorite Fuck Up.”

After Uzi’s show at the San Francisco Armory on January 31st was canceled, the show was rescheduled to February 7th. The makeup show was then canceled as well. Both cancelations appear to be last minute announcements made the night the show while fans were either on their way to the venue or in line.

Fans who had made an effort to make plans for not one but two shows were understandably upset. There were many theories as to why Uzi had canceled, though it seems the ficial explanation for at least the first show was that the rapper experienced “travel issues.”

Uzi has not yet set a date for the free show, but here’s hoping it goes smoothly for the sake his fans.

RELATED: Lil Uzi Vert Had A $350,000 Chain Custom-Made For The Grammys

While he hasn’t been great at making his shows over the last two weeks, Uzi’s prolificacy is always a priority for the Philly rapper. Don Cannon, who signed Uzi to he and DJ Drama’s Generation Now imprint, spoke the rapper’s impressive ability to write songs. “I saw his work ethic, and I was like damn, these are all the qualities we need,” he said, noting Uzi could write about “six songs a day. About 700 songs a year.”