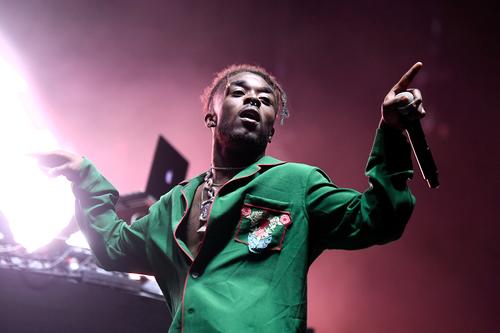 Lil Uzi Vert Reaches Out To Joe Budden For Collaboration

These rappers stay trying to pull Joe Budden out retirement. The former Everyday Struggle host has been enjoying a renewed sense celebrity, and with an undisclosed deal with Diddy awaiting finalization, it seems likely that the Budden brand will continue to grow in 2018. However, it should be noted that Budden’s musical career has been put on an indefinite hold, and the Rage & The Machine rapper seems to revel in reminding listeners that he’s “retired.” Although, this is hip-hop, so retirement is never really permanent. Therefore, it stands to reason that Budden will return to the mic at some point – it’s only a matter when.

And while he’s developed a bit a reputation as an old curmudgeon, it seems that one the young-generation’s leading names is looking to pull Budden back into the game. Recently, Lil Uzi Vert reached out to Joe Budden, or as Uzi called him “Pump It Up,” with what sounded like quite the fer. “Pump It Up I got this song for you shit 2 hard @JoeBudden hit me back ASAP,” writes Lil Uzi. “real spill.”

The fer came after an exchange with Akademiks, during which Uzi asked how many plaques “Pump It Up” had. After receiving an inconclusive response from Ak, Lil Uzi responded by saying “I would have laughed but that’s the old me it’s sad when you are forced 2 do stuff based around Rap …..success this year for Pump It Up.” In case you missed it, Uzi seemed to have an epiphany late, decrying record labels and promising a return to his “raw talent.”

RELATED: Lil Uzi Vert Vows To Return To His “Raw Talent” In 2018

Perhaps he’s got some bars on deck, and wants to trade verses with one the game’s top lyricists as some sort trial by fire. Either way, it’s an interesting development – how great would it be if Lil Uzi Vert was the one to pull Budden out retirement?