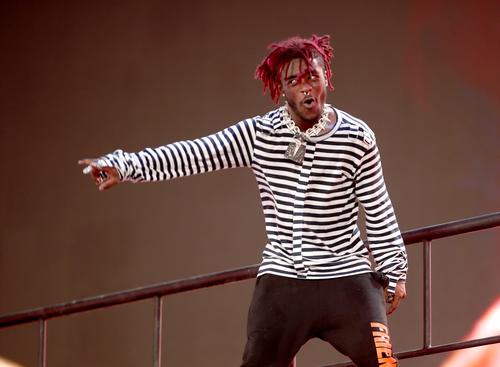 Lil Uzi Vert & Wheezy Have Wrapped Up A Collaborative Mixtape

Lil Uzi Vert’s 2017 was monumental for the most part. Between releasing his debut album, receiving a VMA and essentially becoming a household name, Lil Uzi Vert’s success in the past year has been well noted. Since dropping Luv Is Rage 2, he hasn’t really released much other solo music. Now that we’re in a new year, it looks like he has some new music in the works for us.

Lil Uzi Vert hit Twitter today to reveal that he and producer Wheezy have finished a collaborative mixtape. He hasn’t mentioned much about when we could expect it to drop but he did reveal that he and Wheezy finished the project within twelve hours. “@LILUZIVERT x @wheezy5th Tape Done In 12hrs,” he tweeted. Some people on Twitter have said that it’ll be dropping tonight but that doesn’t seem too likely. Either way, it’s nice to know there’s a new Uzi project that’s wrapped up in the world and will hopefully drop at some point.

If you’re looking for some new Uzi music to hold you over until then, TM88 kicked f 2018 by revealing his collaboration with Lil Uzi Vert, Southside and Marshmello, “Mood,” is set to drop tomorrow (Jan. 5th). So thankfully, there’s something to hold us over before we get receive another project from Uzi.

In other Uzi related news, Soundcloud ficially dubbed Luv Is Rage 2 as the top album on their platform last year. It’s an enormous feat for him, especially considering Soundcloud was one his first platforms he used to release music.