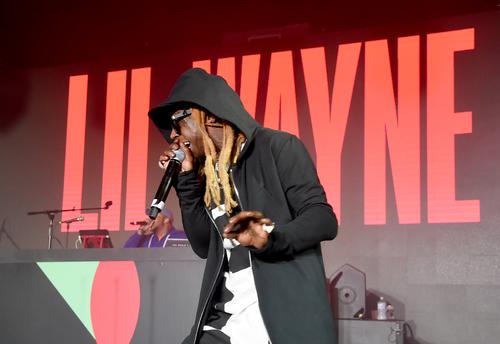 Last year, Lil Wayne was ordered to pay child support as the result a paternity case that was filed back in 2015. The judge granted the plaintiff’s request and order Weezy to pay $5,000 a month, an arrangement that went into effect a year ago. The rapper was also deemed to be on the hook for the kid’s medical expenses. Now, Wayne is claiming that he’s not the father and therefore not legally responsible for any payments for here on out.

According to legal docs obtained by The Blast, the Dedication 6 rapper is flat-out denying the claim that he is the father  Keiotia Watson’s teenage son because, as far as he’s concerned, he never slept with her in the first place. She says that the pair had an amorous encounter back in June 2001, but the emcee is making moves to clear his name. From The Blast:

“In the newly filed docs, Wayne says he was never served with the legal papers and that’s why he never showed up to court. He claims Watson obtained the judgment by fraud, saying the allegations in her complaint are false and do not prove he is the father.

Wayne is requesting the court order a paternity test and to set aside the monthly support.

Wayne signed a declaration in which he says, ‘I did not engage in a sexual relationship with Keiotia Watson in June 2001 or at any other time’.”

He later went on to state that, while he was residing in New Orleans at the proposed time conception, he has never acknowledged Watson’s son as his own, nor was he ever made aware the birth until he was made aware the petition. He also claims to never have been involved with a child support case other than this one, which he says is fraudulent.