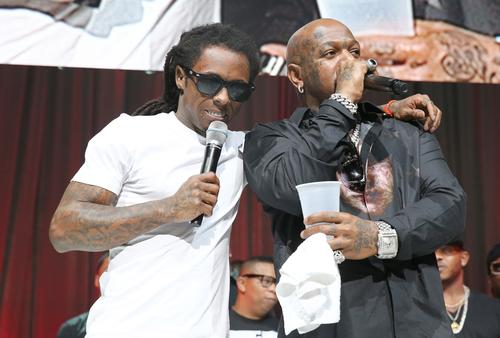 The man once stunted like his daddy. Now, the harsh reality feels more like daddy issues. As fans know, the legendary rapper Lil Wayne has been embroiled in a bitter legal feud with Cash Money Records, leading to a divide between him and his former mentor Birdman. While the saga is no doubt long and complicated, with plenty emotion and “father son business,” it still continues to develop as we speak.

According to The Shade Room, Wayne filed a motion back in February intending to force Birdman’s label to produce some essential documents. Remember, this lawsuit originally stemmed when Wayne sued Birdman over a breach contract, after allegedly withholding payments for Tha Carter 5. Now, this new report alleges that over 121,000 pages legal documents were turned over, but Cash Money continues to withhold several important documents; the label is reportedly missing accounting records, bank statements, general ledgers, and tax returns. It would appear that Wayne is going on the attack, taking all the right measures to ensure that Cash Money stops stalling and hands over the documents he needs.

Strangely enough, Birdman previously alluded to Carter 5 being released at some point during the year; while it’s possible that he was simply entertaining the masses with misdirection, it may suggest that a reconciliation is indeed in the works. Either way, Carter 5 has become collateral damage in the battle, and one wonders if it will ever actually see the light day. Even if it does, the hype has reached near-astronomical levels. Hopefully this latest development can help facilitate a conclusion to this fiasco.