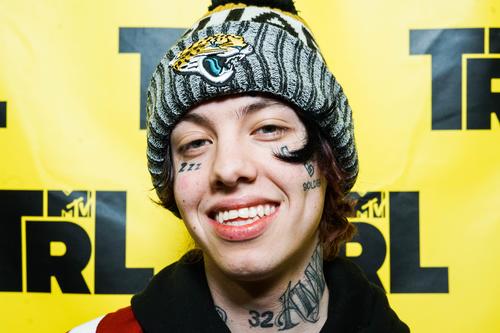 It only took a few hours for Lil Xan’s projected name change to become ficial. After he initally told TMZ that he was thikning taking his controversial namesake and replacing it with his given name Diego, the Northern California rapper has made it the real deal after an appearance on the Big Boy’s Neghborhood radio show.

RELATED: Lil Xan Drops Off His Latest Effort “Wake Up”

“It’s crazy because I just did TRL in New York,” he said while addressing the topic. “I left the building and they were calling me Diego. Not one person called me Lil Xan. All my fans were calling me Diego.” Soon enough, he would turn to look directly at a camera and say, “Yo, it’s ficial, my name is now Diego.”

It’s a particularly significant step for the rapper whose long displayed a visible growth since first appearing on the scene, going from glorifying the abuse Xanax in his songs to rapping against the drug and publicly swearing it f.

“The whole thing is like a journey. It’s not like, ‘Oh, Xan made a song a long time ago embracing Xanax, he’s a fucking liar.’ They can see my journey unfold,” Diego noted in an interview a while back. “That many months ago I was going through that and that’s how things were up until “Betrayed.’ Now they can see where it started, what happened, and where I am now. I thought maybe I should delete those tracks, but then I was like, ‘I should leave them up for that purpose solely.’ It’s perfect. People can change. Look at my old stuff, I was embracing all it, and look at how far I came.”