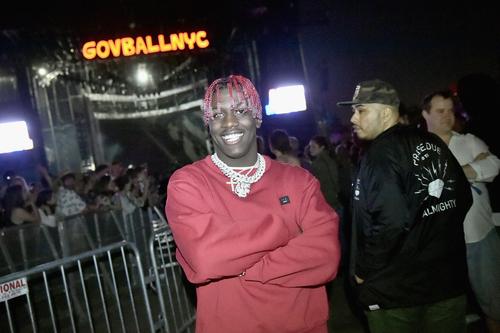 Lil Yachty’s been on a hot streak for a while but 2017 was a defining year in his career. While he may have found himself in some controversy here and there, he ultimately became an artist the world had to keep an eye out for. However, the hype that surrounded his name didn’t match up to the first week numbers his debut album Teenage Emotions. The album ended up doing 44K within the first week which was significantly less than what was predicted.

Lil Yachty and Sailing Team member, Kodie Shane, recently chopped it up in a new interview for Interview Magazine. Among the many topics they explored, Yachty opened up about his reaction to the first week sales his debut album. The rapper explained how he felt that he disconnected with his fans while creating the album and was disappointed in the numbers the first week sales.

“When I first released my Teenage Emotions album I thought that shit was fire, as you should! Then the sales came back and it did 44,000 first week and I was devastated and so confused, I worked so hard.” he said, “But I disconnected with my fans because I tried to do this other stuff, you know?”

Yachty elaborated further by saying that despite how great it was, he didn’t have any radio records on the project. He also admits that parts the project felt forced because he was dabbling in other styles and doing “all this other shit.”

RELATED: Lil Yachty Calls Out Fan Who Apparently Lied About Their Encounter

Regardless how Teenage Emotions did, Lil Yachty has his fans excited over the release  Lil Boat 2. Earlier today, Lil Yachty revealed the project was done. So hopefully, we get that soon.