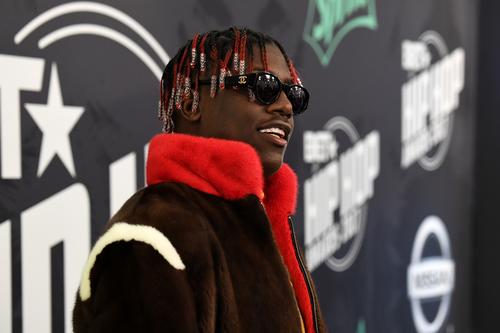 It’s hard to argue that Lil Yachty’s 2017 was anything short successful. The rapper found himself at the forefront Soundcloud rap to a dominant force in hip hop, whether people like it or not. He dropped f his debut album, Teenage Emotions, and joined the Quality Control label in releasing their compilation record Control The Streets. In the midst this, he already announced plans to release Lil Boat 2 which was initially rumored to drop before the end 2017. We may have not received it yet but it looks like the project is coming really soon.

RELATED: Lil Yachty Claps Back At Twitter User Accusing Him Of Wearing A “Fake Ass” Watch

After wishing the Twittersphere a Happy New Year, the rapper gave fans an update on Lil Boat 2. “Happy New Years. I Got New Haters, New Checks, & New Ice All Otw,” he wrote, “Lil Boat 2 Is Otw; Super Soon.” While it’s still pretty vague as to when it’ll drop, atleast we know that we’ll hopefully be seeing it in the coming months.

Back in November, Lil Yachty said the project was already finished and Quality Control’s Coach K said in an interview that the project was scheduled to drop in December. However, in December, Yachty announced that he’d be delaying the project because he wanted to make sure it was good.

In addition to working on Lil Boat 2, he and Lil Pump are still gunning to drop f their joint project. While there’s no title or much information surrounding it, hopefully we could expect the project to drop this summer.