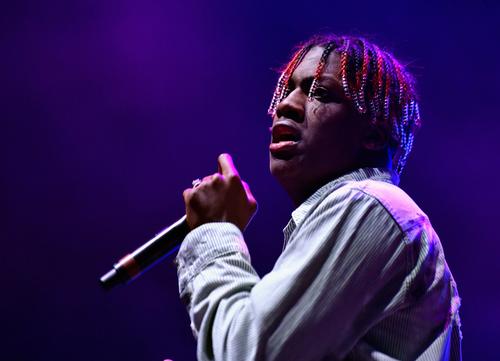 Smokepurpp has been spotted working with the likes Nav, Lil Pump, Murda Beatz, and even possibly Drake for that matter since releasing his Deadstar project back in October and signing with Travis Scott’s Cactus Jack Records, but it appears that’s not all he’s got on the way. On Tuesday night, footage surfaced online Smokepurpp and ATL rapper Lil Yachty previewing some new music together while in the studio. While it’s not confirmed, it’s safe to presume that these two were working on a record together, although we can only hear Purpp in the clip.

RELATED: Lil Yachty Calls Out Fan Who Apparently Lied About Their Encounter

There’s no information about the possible collaboration unfortunately, like what it’s called or where it’ll end up, but from the little we can hear it sounds pretty dope. “Dont call my phone, that shit on do not disturb,” Purpp can be heard rapping over the hard-hitting production.

The preview comes just days after Smokepurpp kicked f the New Year with the Ronny J-produced song “Big Bucks.” Meanwhile, Lil Yachty is gearing up to release the sequel to his Lil Boat mixtape, which he just said was done being recorded and dropping “VERY soon.”

While we wait for further information on both artists’ upcoming music, check out a preview their possible collaboration (below) and let us know what you think.