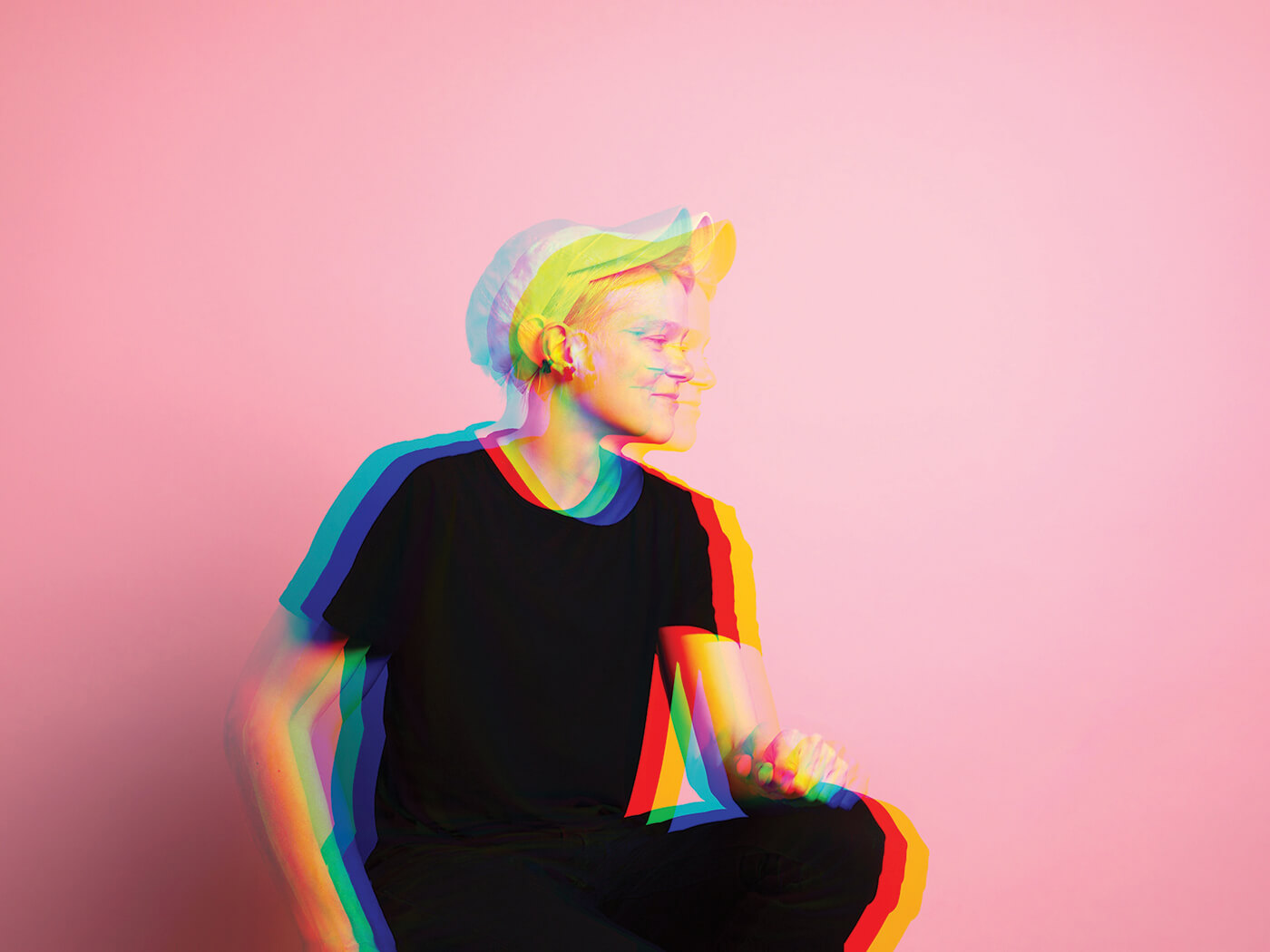 One encouraging by-product of the recent jazz resurgence is the number of singer-songwriters who have recruited more adventurous musicians to open up their sound. Listen to the saxophones billowing all over The Weather Station’s “Ignorance” or Cassandra Jenkins’ “An Overview Of Phenomenal Nature”, to name two of this year’s finest – not to mention Modern Nature’s gradual co-option of the entire British free jazz scene. The idea of combining confessional songwriting with jazz freedoms is hardly a new phenomenon – Van, Tim and Joni, among others, might have something to say about that – but it’s certainly unusual to find an artist approaching this fertile ground from the opposite direction.

Saxophonist Linda Fredriksson is a product of Helsinki’s thriving contemporary jazz scene, epitomised by the label We Jazz. Their playful trio Mopo won the Finnish equivalent of a Grammy for 2014 album Beibe, and they’re also a member of the more avant-leaning Superposition. Two members of the latter play on Juniper, but this is very much a solo project in terms of vision and execution. While Fredriksson references sax greats Eric Dolphy and Pharoah Sanders, their approach here was equally influenced by Neil Young, Feist, and particularly Sufjan Stevens’ Carrie & Lowell, the 2015 album dedicated to his mother and stepfather. Touchstones don’t come more personal than that.

Fredriksson says they often write songs at home on their battered acoustic guitar before transposing them to the jazz idiom. But in this case, co-producer Minna Koivisto persuaded them that the demos were the essence of the whole project, and that they should build the recordings carefully around these scratch home recordings rather than simply overwriting them. Some tracks feature up to five additional musicians – Koivisto on synth, Tuomo Prättälä on keyboards, Olavi Louhivuori on drums, Mikael Saastamoinen on bass and Matti Bye on piano – but you can still sometimes hear the buzzing strings of Fredriksson’s old acoustic, the dry ambience of a living room and the glitching of the iPhone mic that recorded it. Other songs are enhanced by field recordings of seagulls or the sounds of wind on rocks, captured near Fredriksson’s family summer-house in Taalintehdas, on the Archipelago Sea. It makes for an album rich in small details, instantly welcoming and endearingly vulnerable, proud to wear its heart right on its sleeve.

Frediksson actually only sings on one track, casually trilling a wordless melody on “Lempilauluni” (“My Loved Song”) as if humming along absent-mindedly to a half-remembered song on the radio. But strangely it feels like more, because the album works so hard to maintain the kind of crackly intimacy more commonly found on folk records. And you don’t actually need to hear Fredriksson singing lyrics to understand what they’re trying to say. It’s almost as if they are talking through their saxophone: every breath, every creak, every touch of the keys is captured as crucial punctuation between emotional bursts of melody.

Juniper documents a difficult but ultimately transformative few years for Fredriksson. “Nana – Tepalle” is a moving elegy for their grandmother, composed during the agonising period as she lay dying; “Transit In The Soft Forest, Walking, Sad, No More Sad, Leaving” is an ode to the restorative powers of nature, and the isolated places where Fredriksson would flee to escape the cumulative microaggressions of city life. But during these solitary sojourns, as Juniper was taking shape, Fredriksson began to see new horizons opening up. As a result, the album is also a celebration of “the beginning of something new”, the precise nature of which is hinted at by the cautiously joyful “Neon Light (And The Sky Was Trans)”. After four minutes of tracing the song’s graceful topline, Fredriksson’s sax can’t contain itself any longer, twirling and bouncing off solid walls of synth in a frenzy of pure excitement.

The way Fredriksson tells a story with their instrument bears some comparison with the work of Shabaka Hutchings, particularly his last album with the Ancestors. But often Juniper really does sound like it could be the new album by Sufjan or Feist, except with all the vocal lines played on sax – and losing none of the detail or emotional impact in the process. It’s beautiful, clever and unique. Whether solo or with one of their bands, via words or instrumentals, Linda Fredriksson feels like an artist with plenty more to say.