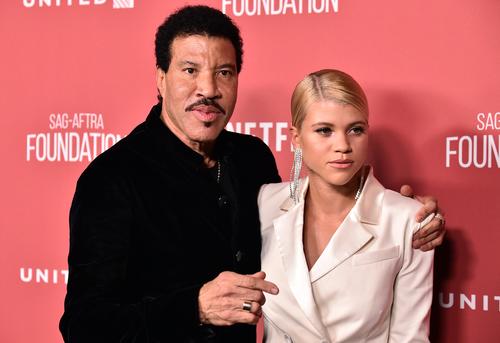 Sia Richie and Scott Disick have been dating for a bit now but people have been questioning their relationship. Mainly because the age difference, Richie is only nineteen with no kids and Disick is 34 with three kids. Nonetheless, the two them have been living happily regardless people’s opinions and age difference. Lionel Richie has previously said that he thinks Scott Disick is a nice guy but in a new interview, he revealed that he doesn’t think the relationship will last too long.

Speaking with The Daily Telegraph, Lionel Richie spoke about his daughter’s relationship with the Kourtney Kardashian’s ex. From his comments, it doesn’t seem like he has much faith in Scott and Sia’s relationship lasting a long time.

“When you’re 19 you know everything. Is it going to be for life? I don’t know. But for right now it’s just a phase and I’m going to stand real still in the corner, get me a good drink and not make too much noise.” He said.

Despite that, it seems like he has no hard feelings towards Disick.

“From what I met him he’s a very nice guy,” he said, “Then you hang around the reality world, who knows what you are really doing? This is a well-oiled machine, the Kardashian machine. I don’t really know what to think. I told Sia I will have no opinion. I’ll continue to be my cheerful self and move on.”

Only time will tell how far their relationship goes but by the looks it, they’re still going strong.