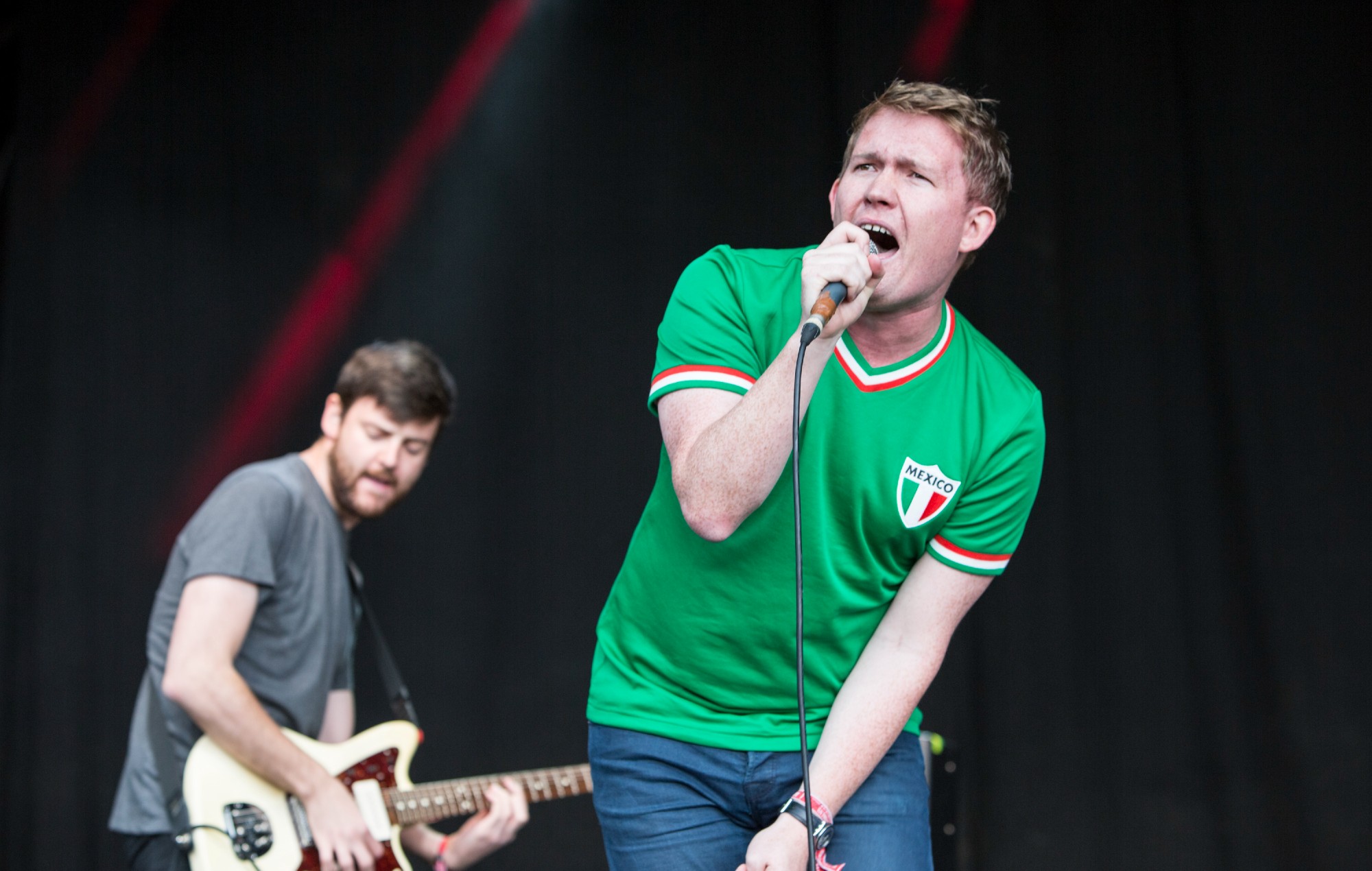 The compilation, simply called ‘Los Campesinos!’, was released Friday (January 7) and is basically a Greatest Hits record for the band. It opens with a faithful take on ‘Songs About Your Girlfriend’ by Belfast band Strange New Places and also features How I Became Invisible’s synthy version of ‘Sweet Dreams, Sweet Cheeks’, The Red Scare’s ‘We Are Beautiful, We Are Doomed’ and Bingo Bronson’s rendition of ‘Miserabilia’.

Giving the record their endorsement, Los Campesinos! shared the compilation on their Twitter and wrote: “Thank you to Heavenly Creature Records and the artists for raising so much money for such an important org.”

“If you’ve not picked it up yet then please do grab the comp. We’ve been listening and smiling all day, feeling very good about this small band of ours,” they continued.

‘Los Campesinos!’ is available to download from Bandcamp now on a pay what you want basis. You can stream it below:

All proceeds from the compilation go to Gendered Intelligence, a registered charity that works to increase understanding of gender diversity and improve the lives of trans people. On the first day of release, the record raised over £2000.

In November, Heavenly Creatures released a covers compilation celebrating The National called ‘Sad Songs For Dirty Covers’. The label also put out an album of Frightened Rabbit covers to raise money for Tiny Changes and look set to release a Taylor Swift compilation in the future.

Last year, Los Camp! vocalist Gareth David gave Twitch credit for the extended success of the band. “A couple of very famous Twitch streamers (are) fans of our band,” he said during an interview. “It’s been a nice organic growth, especially as we haven’t been able to play shows or record (due to COVID).”


The band did manage to play a headline show at London’s Village Underground in December 2021 to celebrate the 10th anniversary of fourth album ‘Hello Sadness’.

Reviewing the show, NME wrote: “Los Campesinos! are looking increasingly good value for the crowd of 30-somethings that have listened religiously to their music since university, as well as the newer fans that have rolled in through a wave of current bands who wear the hallmarks of David’s sharply witty lyrics in their own songwriting.”