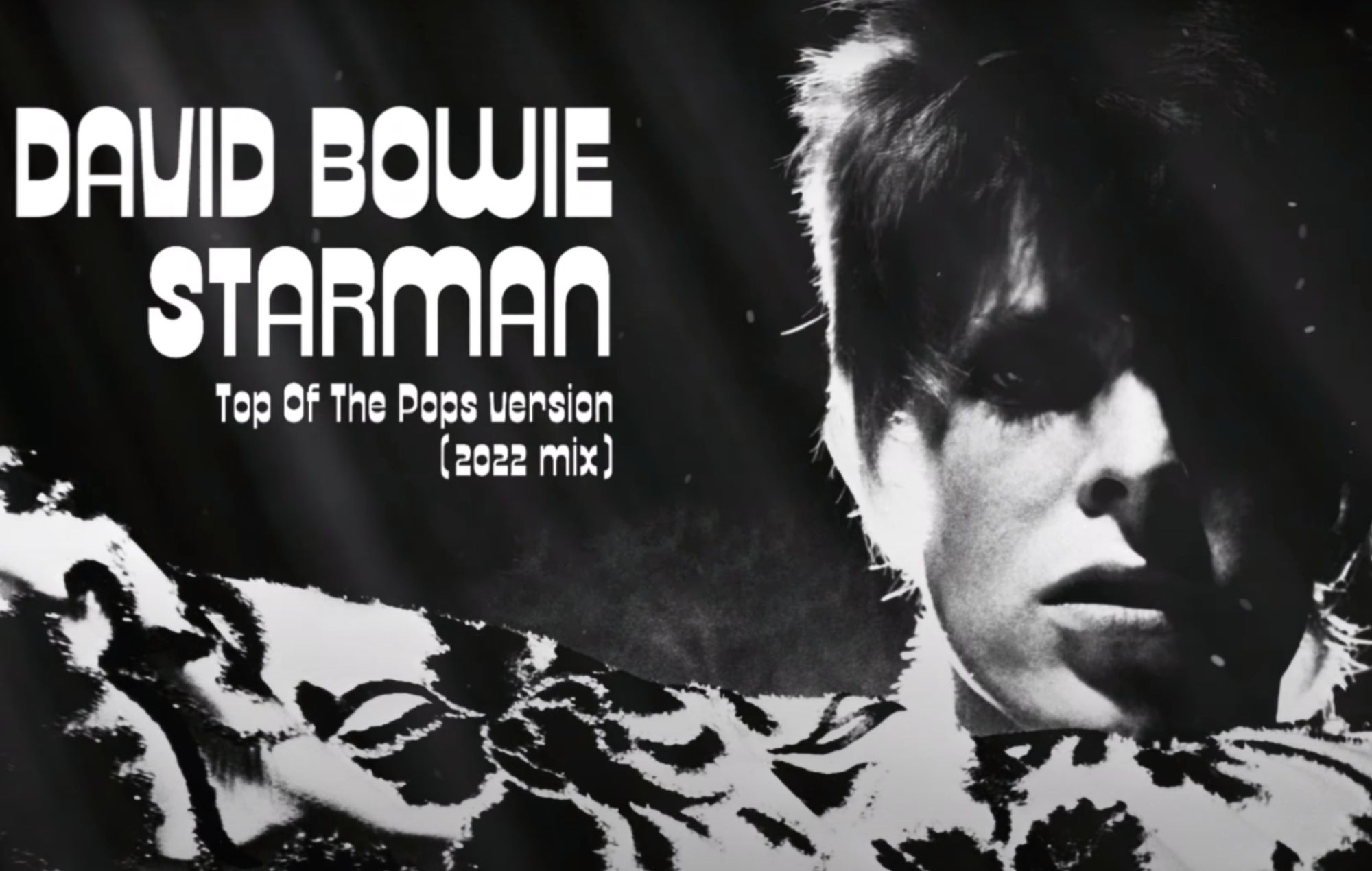 Listen to a previously unreleased version of David Bowie’s ‘Starman’

A new version of David Bowie‘s classic single ‘Starman’ has been shared to mark the 50th anniversary of the late icon’s fifth studio album, ‘The Rise And Fall Of Ziggy Stardust And The Spiders From Mars’.

The seminal record, which also features the tracks ‘Five Years’, ‘Suffragette City’ and ‘Ziggy Stardust’, arrived on this date (June 16) in 1972.

In celebration of its half century birthday, Parlophone Records has released ‘Starman (Top Of The Pops Version, 2022 Mix)’ ahead of a limited-edition, half-speed vinyl reissue of the aforementioned album that comes out tomorrow (June 17).

In 1972, the Musicians Union rules stated that to appear on Top Of The Pops the artist must re-record their track and – in this case – sing live over the top.

‘Starman (Top Of The Pops Version, 2022 Mix)’ was created by ‘Ziggy Stardust’ co-producer Ken Scott earlier this year from the BBC‘s original multi-tracks.

The imminent 50th anniversary reissue of ‘The Rise And Fall Of Ziggy Stardust And The Spiders From Mars’ will also be available as a picture disc, featuring the same master and a replica promotional poster for the album.

Press materials hailed the original full-length project as “the breakthrough album that catapulted David Bowie into the international spotlight”, adding that it’s “remained a touchstone record, growing in stature with each passing year”.

The full tracklist for the re-release is as follows: