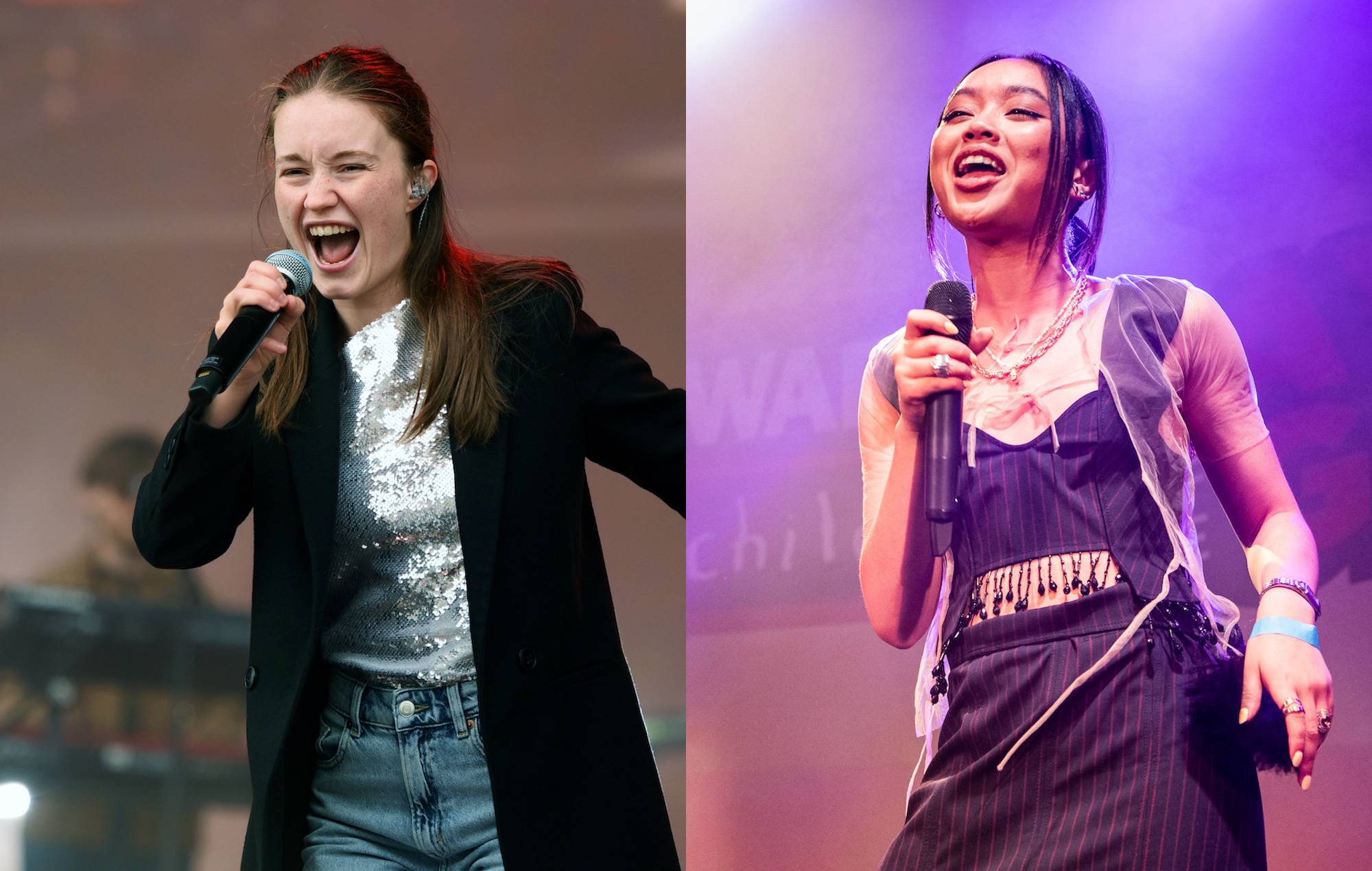 Sigrid and Griff have officially confirmed their rumoured collaborative single – listen to a snippet of ‘Head On Fire’ below.

The two pop stars teased an upcoming collaboration last week, saying that they are very keen to work together.

After they all but confirmed that they had written a new song together in a series of cryptic videos posted on social media, Griff has now officially confirmed the collaboration and shared a snippet of it in a new TikTok video.

“Sigrid and I have an important message,” the video begins. “We’ve written a song called ‘Head On Fire’.

“It’s about your head being on fire, which I’m sure you can relate to,” an automated voice adds in the video, alongside audio of the song in the background and the two singers lying next to each other on the ground.

Watch the video and preview ‘Head On Fire’ below, alongside a separate video of the pair playing the song at the piano. Pre-save the song on streaming services here.

📣 WERE PUTTING OUT A SONG TOGETHER its called Head on Fire 👯‍♀️🔥and we love it and it’s coming out but you must presave it https://t.co/x0RUvmpfzV
G&S xx @thisissigrid pic.twitter.com/ig3cIlPXU5

Sigrid made her comeback this year with new single ‘Mirror’ and a five-star show at Reading Festival, while Griff picked up the BRITs Rising Star award and released debut mixtape ‘One Foot In Front Of The Other’.

In a new video posted to Twitter last week (December 28), Griff hinted heavily that the pair were set to work together on upcoming material.

In the video, both Sigrid and Griff are interviewed backstage at BBC Radio 1’s Out Out event where they performed and joined an all-star rendition of Foo Fighters’ ‘Times Like These’ in October.

“If you were to collab with someone from the Out Out line-up, who would it be?” the interviewer asks Sigrid, to which she replies: “Oooh! Griff, she’s great!”

Asked the same question, Griff then says she would want to collaborate with Sigrid, before giving an overt wink to the camera, adding: “Hint hint.”

Both Sigrid and Griff are set to head out on huge tours of the UK and beyond in 2022.

Griff’s US, UK and European headline tour begins in North America in January and features a huge London show at Brixton Academy, while Sigrid’s biggest-ever UK, Ireland and European tour will see her play a trio of dates in the UK in March – including a gig at the SSE Arena Wembley in London – before heading to Dublin for a show on March 18.