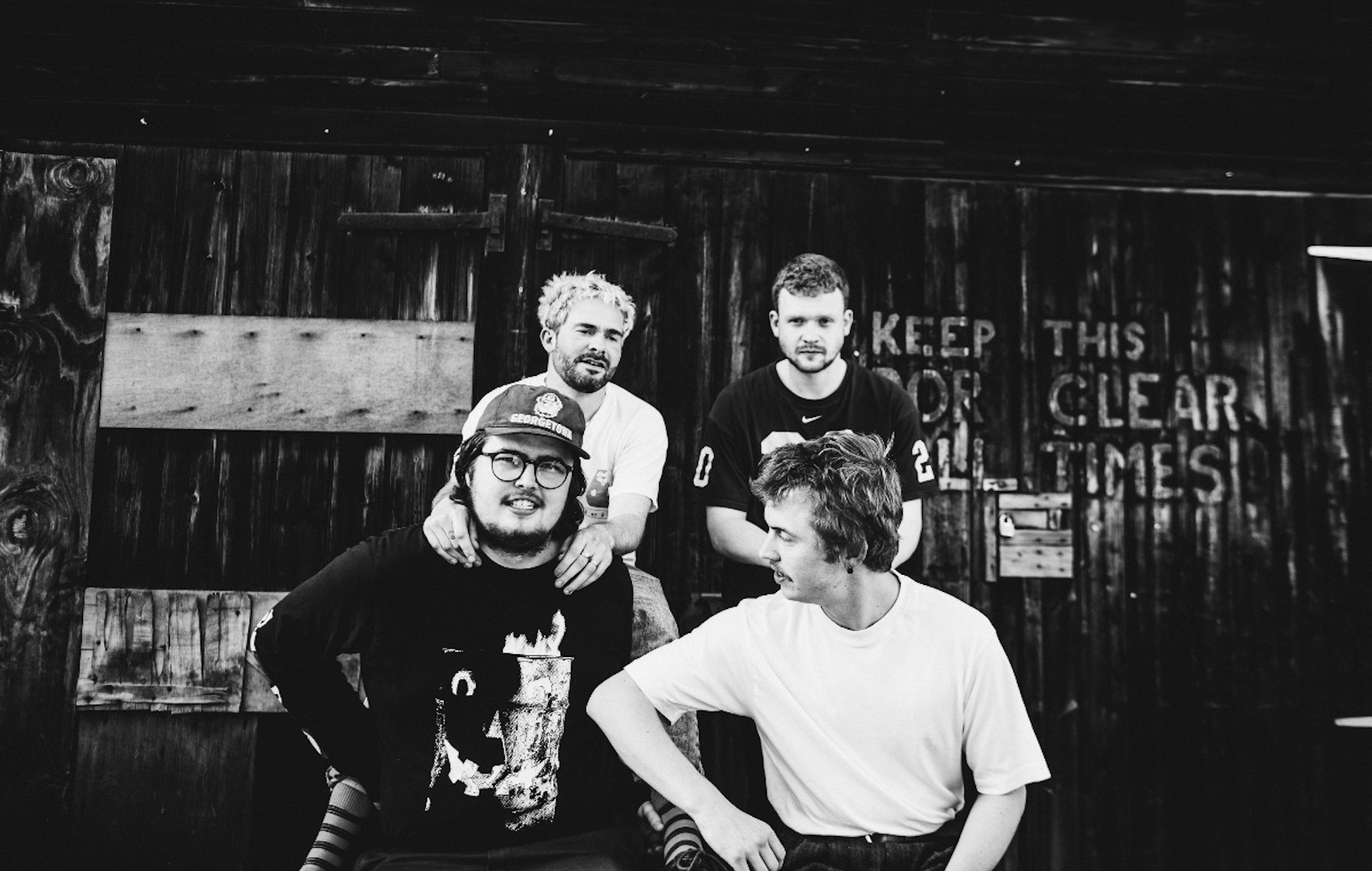 Hull shoegaze band bdrmm have shared their latest single ‘Three’, an understated and honest track about addiction – scroll down the page to listen to it now.

The track is the four-piece’s follow-up to ‘Port’, which arrived last year, and was recorded during the same sessions.

‘Three’ builds over six minutes, mixing melancholy guitars and slowly glittering electronics as frontman Ryan Smith narrates his own struggles with addiction and coming to terms with the issue.

“I hit a pretty low point during lockdown (fuck, I hate that word) and my substance abuse hit a new level,” the singer and guitarist explained in a press release. “It was a pretty bleak time, but it made me realise that something needed to change. That’s where ‘Three’ came from.”

He added: “It was written as a warning to myself, but hopefully others will find their own meaning in it. It is me at my most honest. I’m very proud of this track and I’m glad it’s seeing the light of day.”

The single was recorded at The Nave studios in Leeds and was produced by Alex Greaves. Speaking about the recording process, bassist and synth player Jordan Smith said: “Me and Joe [Vickers, guitarist] broke off during one of the sessions and took an interface and my laptop and recorded some of his guitars by a pool table that sits near The Nave’s kitchen. I then restructured them, taking loops and fragments to create a more ambient and granular underpinning.

“The bare bones, use what you can method that we had maybe neglected felt like it had come back into how we were writing, and ‘Three’ feels like us all uniting to support what Ryan had been going through. It’s maybe not a track that people would expect of us, but it was very cathartic to process what had become a lonely and isolating experience together for the first time in a long while.”

Bdrmm are currently on tour with Mogwai on their European tour, before they launch into a busy summer of festivals, including appearances at Dot To Dot Festival and London’s South Facing Festival. In November, the band will then travel over to Ireland for a series of headline shows.


In 2020, the group released their debut album ‘Bedroom’, scoring a five-star review from NME. “Vulnerability seeps through ‘Bedroom’ at every turn, but it’s veiled in a relatable beauty that’s both meditative and cleansing,” the review read.

“bdrmm have mastered that fine art of conveying emotion through their music with a deft intelligence, and their debut immerses you with each listen and says: ‘Hey, it’s okay to screw up now and again – but learn from it.’ A glorious and human introduction, this is, without doubt, a modern-day shoegaze classic.”